Three Japanese companies to establish hydrogen and ammonia supply base 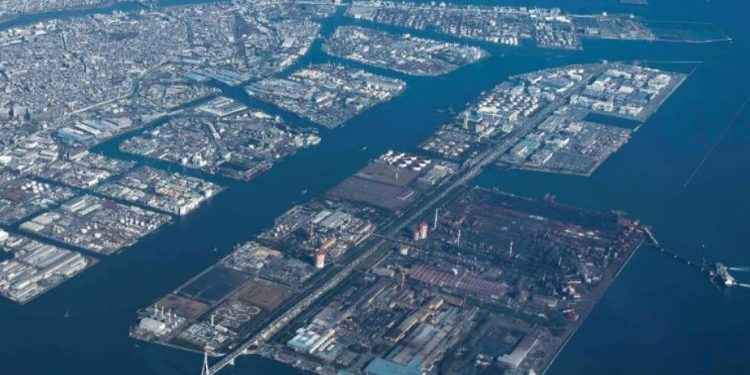 ENEOS Corporation, JERA Co. and JFE Holdings signed a memorandum of understanding (MoU) and begun discussing the possibility of establishing a hydrogen and ammonia receiving and supply base, and developing a supply project at the Keihin Waterfront Area in Kanagawa Prefecture.

At the Keihin Waterfront Area, located in the center of the Kanto region where energy demand is large, ENEOS owns refineries and a plant, JERA owns thermal power plants and an LNG receiving terminal, and main business area of both companies is an energy supply. In addition, JFE is working with Kawasaki City to devise options for repurposing land at the company’s East Japan Works, where blast furnace and other facility operations will be suspended, and also deep-water wharves capable of docking large ships on Ogishima island and adjacent inland areas.

The three companies have decided to consider utilizing their business foundations in this area to collaborate on the following aspects of the hydrogen and ammonia supply business:

ENEOS said that the company has a particular focus on the mass consumption of hydrogen. It is striving to develop a CO2-free hydrogen supply chain in Japan and overseas, in addition to operating hydrogen stations for FCVs in Japan. In this study, ENEOS says it will consider the establishment of a base for receiving CO2-free hydrogen produced outside Japan and for supplying large-scale hydrogen customers in the vicinity.

Under its “JERA Zero CO2 Emissions 2050 objective” JERA has been working to reduce CO2 emissions from its domestic and overseas businesses to zero by 2050. Also, JFE has been striving to reduce its own CO2 emissions and is targeting carbon-neutrality by 2050.

In the Keihin Waterfront Area, JFE will lead the efforts to establish a supply chain for fuels such as hydrogen and ammonia by repurposing land that is part of JFE Steel’s East Japan Works on Ogishima island. Through these and related initiatives, JFE hopes to play a leading role in realizing a zero-carbon metropolitan Tokyo. The three companies announced that they will work toward the establishment of a stable supply chain for clean fuels to achieve carbon neutrality by using their accumulated technologies and assets.