The incident was reported on 23 September at about 1200 hrs.

The fishing boat was in the vicinity waters of Tambisan Island, Lahad Datu, Sabah, Malaysia when the perpetrators boarded the fishing boat from two pump boats.

The perpetrators then fled towards Tawi-tawi Island, Philippines.

The Malaysia and Philippine authorities are stepping up its patrol efforts, conducting pursuit operations and intensifying its military operation to rescue the abducted crew and neutralize the militant group,

This incident is pending official verification from ReCAAP ISC. This information is provided to inform maritime situational awareness for mariners operating in the area.

The approximate location of the incident is shown herebelow: 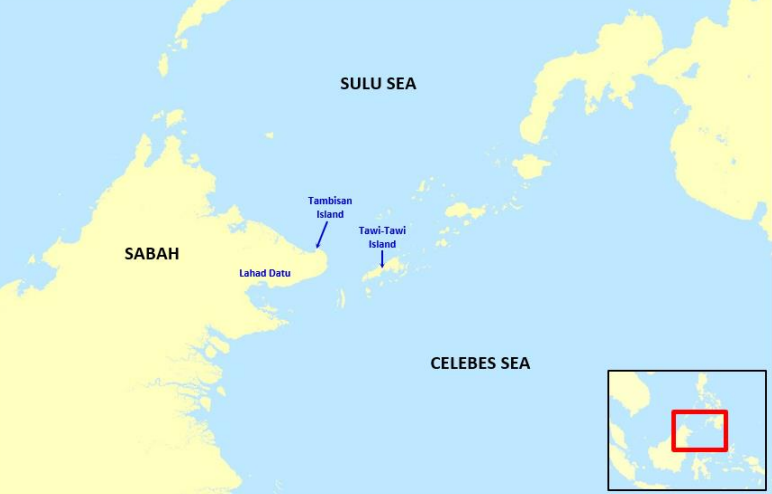 This comes only a few months after another similar incident in Malaysian waters, when a group of gunmen kidnapped a total of 9 fishermen from two vessels in the waters of Lahat Datu, Sabah.

This attack reportedly included the second highest number of hostages since the 2000 Sipadan kidnapping of 21 Malaysians and foreigners.

The abducted crew was released by the abductors who could have realised that the crew had no money nor anything to give as ransom.

As the risk of the abduction of crew in the Sulu-Celebes Seas and waters off Eastern Sabah is high as demonstrated by the abduction of 10 crew on 18 Jun 19, the ReCAAP ISC reiterates its advisory issued via the ReCAAP ISC Incident Alert dated 21 Nov 16 to all ships to reroute from the area, where possible. Otherwise, ship masters and crew are strongly urged to exercise extra vigilance while transiting the area, and report immediately to the Operation Centres of Philippines and Eastern Sabah Security Command (ESSCOM) of Malaysia,