Why we’re going to need a greener boat 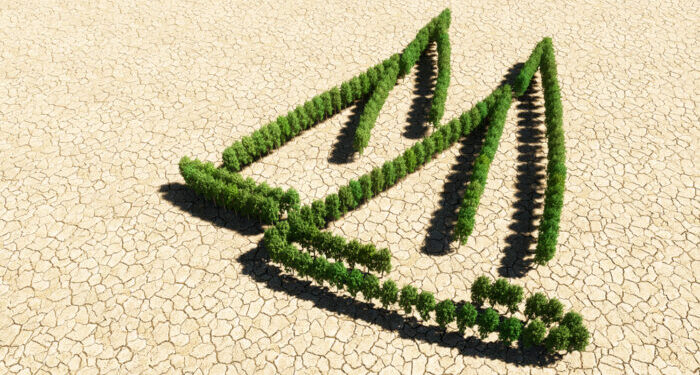 Coastal tourism has the potential to generate a new wave of sustainability as ferries across the world turn to electric power, argues Mrs Elise Georgeff, Associate Researcher at ICCT.

Indeed, our recent working paper investigated ferry applications in coastal China and found that most routes, especially short ones and routes that use smaller ferries, can be powered by today’s battery technologies. Thus many jaunts to the coast currently made by summer travelers are prime candidates for electrification, which would reduce fossil fuel consumption associated with summer travel.

The island vacation destination of Hainan, China, known for duty-free shops and beach resorts, is currently seeing a post-COVID boom. Travelers have two options to reach Hainan, by ferry or plane, as there is no bridge from the mainland to the island. We investigated the two primary ferry routes to Hainan—from Zhanjiang or Beihai on the mainland, to Hainan’s primary city, Haikou—and evaluated the feasibility of shifting the 30 observed Ro-pax (automotive and passenger) ferries to battery-electric power.

The more popular and shorter route, the 28 km trip between Zhanjiang and Haikou, can see more than 1,000 voyages a month. It accounts for 17% of the energy used by the coastal Chinese fleet, all derived from fossil fuels, yet the relatively modest distance minimizes the barriers to electrifying the Ro-pax ferries. In fact, the Hainan region was found to have the largest potential for transitioning to electric ferry ships: the shift would replace 92% of the fossil fuel used in the regional ferries with electricity. The no-exhaust e-ferry potential would also tie into Hainan’s interest in promoting itself as a destination for medical tourism and in attracting “clean energy island” investments in Haikou.

Lessons from the Hainan analysis can be applied elsewhere, for example to Martha’s Vineyard in the United States. Situated off the coast of Massachusetts, Martha’s Vineyard has notable similarities to Hainan: it can only be reached by ferry or plane, it is a summer haven for tourists, and there are regional pushes to green the island’s infrastructure. Martha’s Vineyard’s ferry service includes a short route to and from Woods Hole (11.5 km), a medium-length route to and from Hyannis (31 km), and a longer, though less active route to and from New York City (~300 km). Based on the findings from Hainan, the Vineyard’s two shorter ferry routes could potentially replace more than 90% of their fossil fuel use with electric battery power, resulting in savings of more than a million gallons of diesel fuel (based on regional ferry operator Steamship Authority’s 2018 diesel consumption). Not surprisingly, Martha’s Vineyard’s ferry systems are conducting their own study of the feasibility of switching ten ferries to electric. Steamship Authority asserts, “We are going to be looking to see what other operators are doing, and what lessons they learn.”

While some ferry operators like those in Washington State have ventured forth cautiously, transitioning to the intermediary step of hybrid ferries, successes from ferries operating entirely on batteries suggest that the all-electric option is workable. One example is Denmark’s e-ferry Ellen, a Ro-pax ferry operating a 40 km route since 2019. In the years since Ellen’s pioneering start, technology has vastly improved, including the advent of fast charging and expanded battery capacity. These advances are being used in Norway’s new e-ferry The Bastø Electric, a Ro-pax ferry 140 meters in length that can carry 600 passengers and 200 cars or 24 trucks, although its runs are short, just 10 km. Smaller ferries that transport passengers only, without cars, are even easier to electrify. Thus Copenhagen has a fleet of five passenger electric ferries that fast charge at both ends of the route. With successful pilot projects like these, coastal communities like Hainan and Martha’s Vineyard are likely to become more confident about investing in electric ferries.

Coastal communities like Hainan and Martha’s Vineyard thus will have time to plan for tourists to come to their beaches using all-electric ferries. In future summers you may well pack your flip flops, apply your sunscreen, and head to the beach in quiet, nonpolluting style using e-ferries.

Above article has been initially published in ICCT website and is reproduced here with author’s kind permission.

Elise Georgeff is an Associate Researcher on the ICCT Marine Program team. She supports research on zero-emission vessel alternatives and addressing impacts on marine protected areas from shipping activity. Before joining the ICCT, Elise was a policy intern with NOAA’s Marine Sanctuary systems at the Gray’s Reef headquarters in Savannah, GA. Her undergraduate research focused on AIS data of personal vessel use inside marine protected areas. Ms. Georgeff has a background in marine biology field sciences and graduated from Georgia Southern University with a bachelor’s degree in biology.