The problems of shipbreaking in Bangladesh

Dirty and dangerous shipbreaking in Bangladesh has been strongly criticized both by global NGOs for many years, with marine pollution, hazardous waste dumping and unsafe working conditions, as well as the illegal exploitation of child workers, being among the key areas of concern.

Shipbreaking first grew into an industry in Bangladesh in the 1980s; however, it was not officially recognised – and thus not regulated – until 2011. In 2009, a land-mark decision by the Supreme Court ordered the closure of the shipbreaking industry in Chittagong, as none of yards held the necessary environmental clearance to operate, said the NGO Shipbreaking Platform in its latest annual report.

The yards re-opened based on false certifications and this is currently still being contested in the Courts. Despite laws existing in Bangladesh to protect both workers and the environment, these are poorly implemented due to lack of resources, such as a lack of labour inspectors, or are deliberately ignored as a result of industry pressure.

As explained, end-of-life vessels are imported with fake certificates claiming that they are free of hazardous materials, which consequently are not properly detected or safely removed. The World Bank has estimated that between 2010 and 2030 Bangladesh will have imported 79.000 tons of asbestos; 240.000 tons of PCBs and 69.200 tons of toxic paints that originate from end-of-life ships. 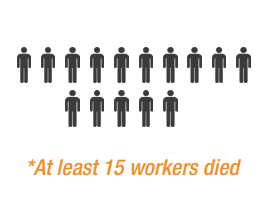 Furthermore, workers live in unsanitary and improper accommodation, working for long hours without holidays and usually without work contracts. In 2017, the Platform documented the stories of at least 15 workers who were killed and at least 22 who suffered severe injuries, due to suffocation, fires, falls from great height or workers crushed by falling parts of the ship.

The closest specialised hospital is too far for emergencies and the injured workers in many cases do not automatically receive financial support for necessary medical treatment. The hospital building set up by the Bangladesh Shipbreakers Association is operated as a private clinic and can only treat minor injuries. 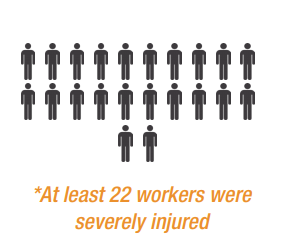 The Platform worked with the UK law firm Leigh Day to help a Bangladeshi shipbreaking worker claim compensation from London-based Zodiac Maritime for having suffered severe injuries while cutting one of Zodiac’s ships. The case attracted global interest, as it was the first time that a South Asian worker sought to hold a shipowner accountable. In December, the case was resolved through a settlement to the satisfaction of the worker.

This case has allowed a shipbreaking worker to access justice in an unprecedented way, and indicates the opportunities that may exist for other claims to be brought against shipping companies in the future.