The pilot ladder shouldn’t be a killing ladder! 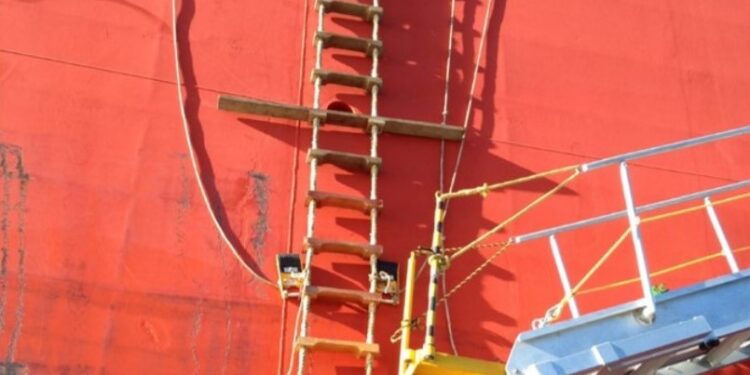 The safety of pilot boarding and disembarkation is a major headache for the shipping industry. Every year, many pilots are injured or died due to old (worn-out) or improperly rigged pilot ladder facilities, and/or the process of placing the pilot ladder results in injuries to the crew, notes Capt.Zhao Qingwei, Marine Safety Manager at DASIN SHIPPING PTE LTD.

Although the IMO provides relevant rules, and the Tokyo and Paris memorandum in 2016 also conducted a PSC CIC on the pilot transfer arrangements, the pilot ladder-related accidents still continue to occur.

If pilot or others are injured or killed due to problems with pilot ladders, the claim amount will be high.

According to the International Bar Association, a South Korean district court recently issued a ruling on a bodily injury accident where a marine pilot fell from a pilot ladder, shortly after completing his pilotage service aboard the ship. The accident rendered him unfit for pilot services for several months. The pilot sued the ship owners, citing breach of safety measure requirements of the ship owners, the captain, and/or the crew. The claim sought amounted to approximately US$120,000 for his lost income and medical bills, and US$10,000 for emotional damages incurred by the accident.

Loss Prevention Advice: How to prevent fatal accidents from falling off ladders

Transfers using pilot ladder are considered as high risk activities. A risk assessment for safe transfer of people by pilot ladder, or other means, should be part of the vessel’s safety management system and must comply with international standards (SOLAS V/23), be certified, and properly maintained. When considering the risk of use of a pilot ladder for transfer, as a minimum, attention should be given to the following items:

These days, every shipmaster has into consideration a plethora of Acts, Statutory Instruments, Rules, Orders, Regulations and Codes of Practice. Even the best-informed master will find it difficult to keep pace with the sheer volume of major and subordinate legislation. Henceforth, Capt.Zhaoqingwei recommends stricter standards to be implemented on board ensuring the safety of the pilot boarding, compiled for shipowners, operators, masters, and crew members.