The outcome of IMO MEPC 75: GHG emissions, fuel oil sampling in the spotlight 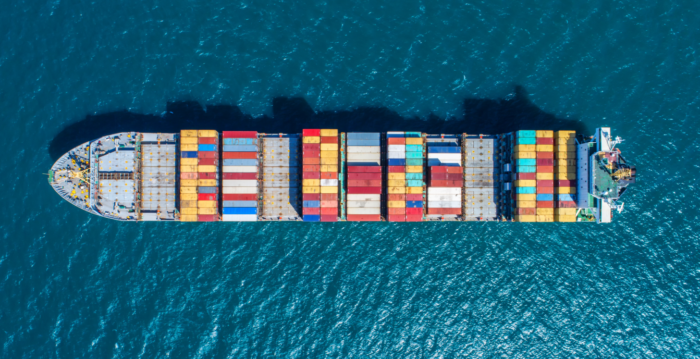 The 75th session of the IMO’s Marine Environment Protection Committee (MEPC 75) took place remotely from 16 to 20 November. Among the key points were the approval of amendments to MARPOL Annex VI, with new requirements addressing GHG emissions and the approval of guidelines for onboard fuel sampling.

Draft amendments to MARPOL Annex VI were approved, introducing new regulations to reduce GHG emissions from ships. These are the Energy Efficiency Existing Ship Index (EEXI), operational Carbon Intensity Indicator (CII), which includes a rating scheme (A to E), and an enhanced SEEMP with mandatory content, approval and subsequent audits.

The EEXI will impose a requirement equivalent to Energy Efficiency Design Index (EEDI) Phase 2 or 3 (with some adjustments) to all existing ships regardless of the year of build and is intended as a one-off certification. The EEXI is to be verified and a new Energy Efficiency Certificate issued no later than the first annual International Air Pollution Prevention (IAPP) survey on or after 1 January 2023.

All cargo and cruise ships above 5,000 GT need to calculate a CII (e.g. Annual Efficiency Ratio [AER]) given in grams CO2 per dwt-mile) and will be given an annual rating of A to E. The rating thresholds will be increasingly stringent towards 2030. For ships that achieve a D rating for three consecutive years or an E rating in a single year, a corrective action plan needs to be developed as part of the SEEMP and approved.

On or before 1 January 2023, all ships above 400 GT need to have an approved SEEMP onboard, and the implementation of the SEEMP will be subject to audits. For ships above 5,000 GT, the SEEMP also needs to include mandatory content, such as an implementation plan on how to achieve the CII targets.

The amendments introduce two new fuel oil samples for confirming compliance with MARPOL sulphur requirements and the carriage ban for fuel oil with a sulphur content exceeding 0.50%, namely the “in-use” sample drawn from the fuel oil system representing the fuel in use, and the “on-board” sample representing fuel intended to be used and carried in the fuel oil storage tanks.

Furthermore, sampling points for the purpose of taking the “in-use” sample will be required, fitted or designated.

For existing ships constructed before 1 April 2022, this shall be performed no later than the first IAPP renewal survey carried out on or after 1 April 2023. Please note that the fitting or designating of sampling points is not applicable to a fuel oil system for low-flashpoint fuels (flashpoint <60°C)

Finally, a new Part 2 was added to Appendix VI of MARPOL Annex VI giving the verification procedure for the new “in-use” and “on-board” samples. To avoid ships being unjustly fined for marginal excess in sulphur content beyond their control, as opposed to the verification procedure in Part 1 for the MARPOL-delivered sample taken during bunkering, a 95% confidential interval has been given. This implies that a sulphur content of up to 0.53% may be accepted as compliant when testing the “in-use” and “on-board” samples.

The amendments are expected to enter into force 1 April 2022, however IBIA hopes the reminder in the preamble regarding MEPC.1/Circ.882 may improve the chances of Member Governments applying them without delay, which would alleviate problems that the industry is experiencing today,

…IBIA said on this matter.

A commissioning test of the BWMS based on BWM.2/Circ.70/Rev.1 (revised at this session) will be required for the initial survey or when performing an additional survey for retrofits. The commissioning test analysis undertaken may be indicative and will not apply to ships that already have an installed BWMS certified under the BWMC.

Please note that some flag administrations are requiring commissioning testing ahead of the BWMC amendments entering into force,

A new tick box for management methods other than D-1, D-2 and D-4 has been added in the International Ballast Water Management Certificate. This is meant for vessels using alternative approaches, such as reception facilities (B-3.6-7).

The amendments will enter into force on 1 June 2022.

Ban on carriage of HFO as fuel in Arctic

Amendments to MARPOL Annex I, Reg. 43A, prohibiting use and carriage of HFO as fuel in Arctic from 1 July 2024 were approved.

For vessels complying with Reg. 12A, fuel oil tank protection (e.g. double hull), the proposed entry into force date is 1 July 2029. There is also an option for states with an Arctic coastline to waive the requirement for ships flying its flag and operating in its water until 1 July 2029.

Amendments to the AFS Convention to include controls on cybutryne and an operative paragraph with respect to issuance of the new International Anti-fouling System Certificate (IAFSC) were approved. This implies a ban to apply or re-apply anti-fouling systems containing cybutryne from 1 January 2023. 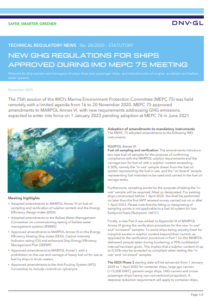 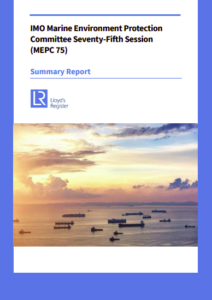