Researchers from the organization started by philanthropist Paul Allen found the wreck of the first Japanese battleship sunk by the U.S. Navy during World War II. The 1914-built Hiei was a Japanese battlecruiser, one of the most heavily-armed vessels of its era, having eight 14-inch guns and armour up to nine inches thick. The vessel was crippled by a shell from the USS San Francisco on November 13, 1942 which disabled the steering gear.

Specifically, after being crippled, it continued being attacked by multiple sorties of torpedo, dive and B-17 bombers for 24 hours straight.

Hiei was finally sank with a loss of 188 of its crew. It now lies upside down in 900 plus meters of water Northwest of Savo Island.

Prior to its sinking, Hiei served as one of the escorts for the carrier fleet that attacked Pearl Harbor in 1941, and it supported Japan's invasion of the Dutch East Indies in early 1942.

Later in 1942, it was deployed to the Solomon Islands for the battle for control of Guadalcanal, and participated in a fierce naval battle during an attempt to land Japanese troops on the island.

Moreover, during the battle of Guadalcanal on 13 and 14 November, 1942, Hiei was amongst of a Japanese task force that engaged in close-range battles with U.S. Navy ships led by Rear Adm. Daniel J. Callaghan aboard heavy cruiser USS San Francisco (CA-38), according to the U.S. Naval History and Heritage Command.

At a point of the battle, the vessel was close to colliding with the US destroyer USS Laffey (DD-459). As stated by Naval History and Heritage Command both vessels started firing at each other, in a close proximity of 20 feet. 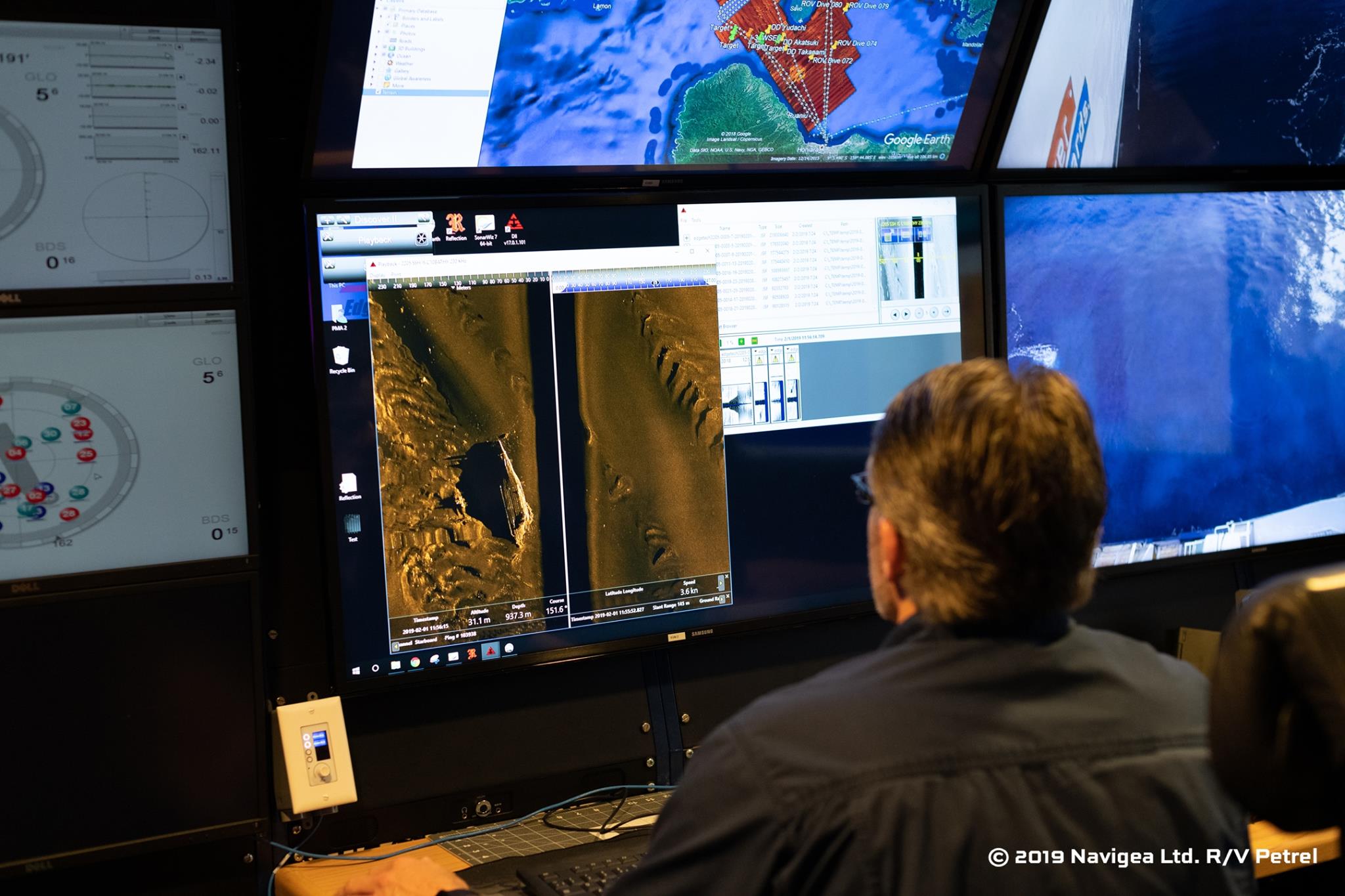 As Laffey sank during the battle, Hiei is thought to have been damaged by salvos fired from San Francisco, which also experienced critical damage, including a hit to the bridge that killed Callaghan, his staff, and ship commanding officer Capt. Cassin Young.

During the daybreak, Hiei was seen 30 miles northeast of Savo with 'forward turrets smoking and aft turrets dangling'. A light cruiser and four destroyers reportedly accompanied Hiei as it steamed away.

Many were those who fought Hiei, such as multiple sorties of Grumman TBF Avenger torpedo-bombers, Douglass SBD Dauntless dive bombers and Grumman F4F Wildcat fighters, even a B-17, flying from the island of Espiritu Santo, dropped a 500-pound bomb.

Moreover, Hiei was last seen by US Navy forces, approximately five miles NW of Savo, on fire and offloading crew to three Japanese destroyers nearby.

Concluding, the battleship sank at some point during the night, with 188 crew members killed in action.