by Capt Charis Kanellopoulos
in Opinions 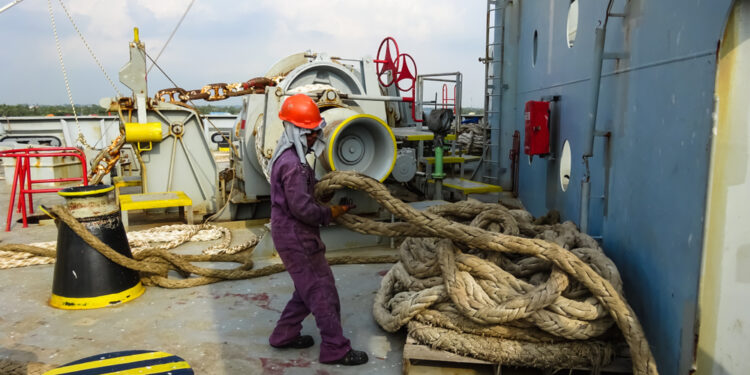 The Human Element is the most important factor on Merchant Ships to address effectively various challenges on board in terms of compliance with the increasingly and demanding legislative framework, highlights Capt. Charis Kanellopoulos, Safety, Quality & Vetting Manager / DPA, Sun Enterprises Ltd

The greatest issue that we now face is the shortage of capable and cognisant seamen. Fundamental elements such as resilience, behavioral safety and competency have become hot topics, for which we may say that it took more than a century since the Titanic’s incident in order our industry to evolve and finally focus on ways that not only assist the vocational training but shape the cornerstone of professional nurture.

Building and developing a capable and committed pool of seamen requires a systematic approach, robust procedures, effort, bonding, coaching, investment in resources, considerable financing and most importantly leaders or better say “mentors”. Therefore, a team effort is required across the entire shipping sector to ensure that the highest level of proficiency is achieved.

Another parameter of crew shortage is the current era of technology and comfort that we live in, meaning that fewer and fewer select this difficult and challenging profession. Seamen are not only obliged to deal with all the current administrative issues on a daily basis, but also to effectively manage the operational and maintenance needs of the vessel and on the same time to take all the necessary measures for the safety of navigation.

We should all agree that seamen are going the extra mile, not just transporting goods all around the world but also contributing to significant extent to the global economic and social development. Still few romantics may dare to say that seaman’s profession plays a very important social function.

Examining the past, the shipping industry enjoyed its greatest growth between the 1940’s and 1980’s, which, in conjunction with the challenging socioeconomic factors of the time, turned the “Sea” into a way out for many young people and saw an increasing interest in the profession of a merchant seaman.

We should not omit to mention that the boost was not only due to the seamen competency, but also because of the existence of good leaders and mentors, armed with the pattern of virtue and true love for this profession. Should we attempt to bring back our childhood memories, we shall surely recall that a ship Captain was not only admired in society but was also a role model for many children.

Nowadays, there are many factors which could affect a young person’s decision and either encourage or discourage him from choosing to pursue a career at sea. However, is it a matter of motivation and benefits that will play the catalytic role to attract a young person or is it something beyond that?

Societies through time have created a perceived level of respect and appreciation for each profession. One may say that the seaman’s profession is not recognized as it should be.

Another consideration is that many parents, even those of us with marine background, may no longer steer our child in becoming a seaman, mainly because of the nature of the job which involves long time absence from home, exposure to extreme environmental conditions and dangerous cargoes. In this sense we might encourage or advice our child to follow a safer and more stable career path such as medical or law.

Despite the above, hopefully we still see young people going at sea, but it is also uncertain whether they will select to stay at sea for their entire career given the increasing youthful tendency to change companies and industries.

It is evident that the shipping industry has changed significantly over the last decades, not only due to decrease of global fleet’s age but mostly because of setting adequate barriers by Shipping organizations and forums, such as the IMO and OCIMF, to ensure the removal of many opportunist and substandard operators. However, if we ask ourselves whether we really do our best to improve our blessed “Shipping”, we might be surprised by the answer which is most probably “No”. Yet, accidents and incidents continue to occur. One may say that we focus on the tree and not the forest by adopting remedial actions that promote the bureaucratic net in a struggle to avoid recurrence.

To recover the current seamen shortfall, an effective solution could be the promotion of sea career to the young generation highlighting the benefits of their decision, which involves, obviously, respect and recognition by the whole society. Promoting seafarer’s occupation and investing in Human Element, which is undoubtedly the focal point from which everything starts, would cost much less than the expenses that may arise due to unprofessionalism and lack of training.

Moreover, we should make a necessary change in our perception and apply maximum effort in doing the outmost to “mentor” and “inspire” the young generation. This ultimate duty lies with all of us aiming to create a bond and make seamen to feel the shipping company that they work for as part of their own home and family. The greatest responsibility, however, rests with the highest respected rank, that of Master.

The Master is called to be manager, accountant, lawyer, navigator, troubleshooter, cargo handler, psychologist, doctor, trainer, and cultural ambassador. Above all, he is called to be “The Mentor” for his crew and inspire them, motivate them, and lead them to excellence. In this respect it is imperative that the Master is provided with all the required authority and support not only from the shipping company he works for but from the industry as well.

The single biggest way to impact an organization is to focus on leadership development. There is almost no limit to the potential of an organization that recruits good people, raises them up as leaders and continually develops them.

Nothing will change if the people working ashore do not exhaust their efforts to continually assist and backup the vessel, as well as to focus on crew inspiration and provide every form of assistance to the Master, who is called to be the mission leader!