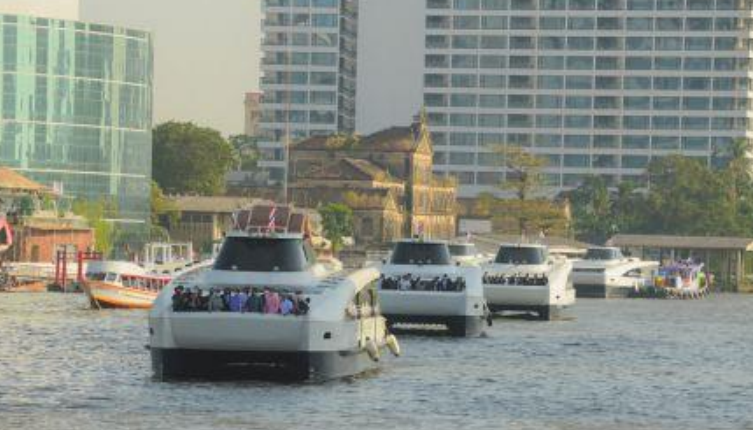 The Thailand-based Energy Absolute, which operates in the renewable energy sector, launched an electric ferry service on the Chao Phraya River in Bangkok, in line with the region's aim to reduce emissions.

To remind Thailand goals to have a transport system of 30% electric vehicles by 2035 in order to reduce carbon emissions and air pollution.

According to local media sources, Energy Absolute launched an electric six-boat fleet to operate a route from Taksin Bridge and Rama V Bridge.

For the record, the six electric boats are using 800-kilowatthour lithium-ion batteries and will be available to the public until Feb 14 2021.

This is a first step towards reducing pollution by using electric boats but in the future we will have more electric trains, electric cars, taxis, motorcycles and buses.

As Energy Absolute explained, the new e-ferry service, which plans to comprise 28 vessels by the first quarter of 2021, will save the country some 4.73 million litres of diesel fuel a year and reduce greenhouse gases by nearly 13,000 tonnes a year.