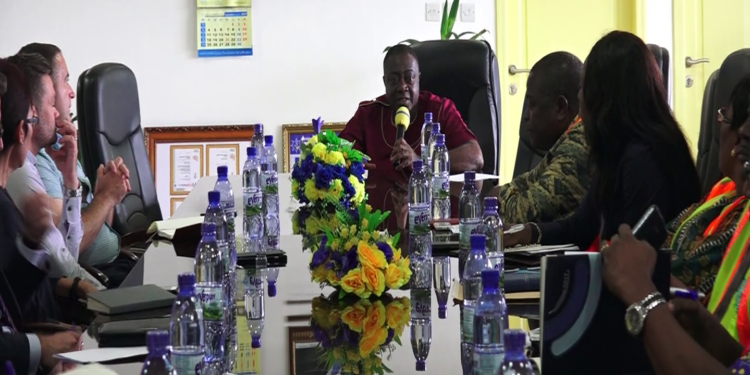 The Director of Tema Port, Edward Osei has met with representatives of the shipping lines who conduct business in the Tema Port, in order to appeal to them to waive off their demurrage charges or extending the period for which one would attract demurrage.

The extension could be within this first few weeks of the commencement of the paperless that have accrued as a result of the early challenges associated with the paperless processes at the port which commenced on 1st September.

“You all are aware of the paperless concept which we initiated on the 1st of September. We did this with the view that it would make this port more efficient, it will benefit our customers and by our customers, I mean the importers. It would also benefit the shipping lines. Importers have begun complaining and their cries have not only reached GPHA, it has reached the highest level of the government,” he said.

Further, he said the shipping lines would be sending a positive signal to the presidency, importers and the Ghanaian public that they are interested in the country’s economic welfare and alleviate the current crisis is they agree to waive their demurrage charges.

“By that single act, a signal has been sent to the nation. So it could be that once we agree on additional more days of rent-free, not everybody might use it. But what it does, I’m being very honest with you, is that it sends a signal, one to the nation, to the presidency that the people we do business with are people who are very supportive of us,” he said.

The shipping lines promised the Director of Tema Port that they will consider doing something about the demurrage charges on case to case basis after they contact their superiors outside the country.

Already, many of the shipping lines are only charging demurrages only after 21 days, whiles others have come out to say its demurrage will only start after 14 days instead of the regular 7 days.