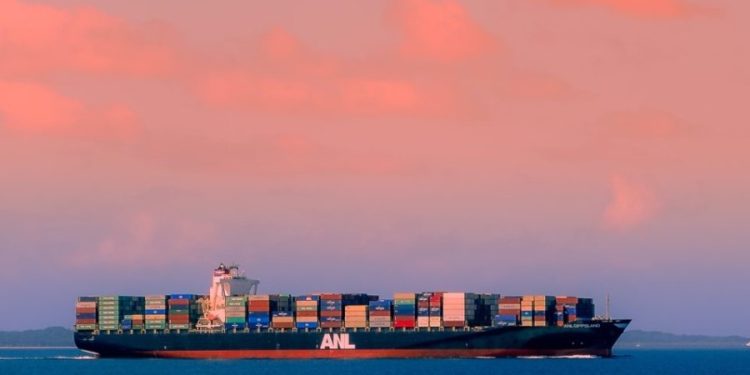 As EU policymakers are expected to make a final decision in trilogues in early 2023, Transport & Environment (T&E) published a FAQ on the introduction of a Renewable Fuels of Non-Biological Origin (RFNBOs) sub-quota in the FEUM Regulation.

Are ships ready to use RFNBOs?

When it comes to ammonia, according to Clarksonsʼ data, 130 “ammonia-ready” ships were already on order in October 2022 globally, which signals a high interest in the shipping industry for this fuel.

While these ships will need to be retrofitted to run on ammonia, major engine manufacturers have already announced plans to sell ammonia engines from 2024 and by 2025 for 4-stroke engines.

These innovations are taking place in the absence of IMO standards, by using alternative rules for safety certification, which are burdensome for early movers. But class rules already exist, developed by classification societies such as DNV-GL or Lloydʼs Register.

Enshrining an e-fuel mandate in law could boost the adoption of such rules, indispensable for mass-market development.

How much would it cost?

RFNBOs are about four times more expensive than current marine fuels, which means increased operating costs. However, consumers are not directly exposed to price increases, contrary to the automotive or heating sectors. This is especially true in the container shipping segment.

A recent study by Transport & Environment assessed that the price increase for shipping a single standard container (TEU) from China to Belgium would have negligible costs both for companies and for consumers, in the order of fewer than 8 cents of euro on the price of a pair of sneakers if it were to be shipped on a container powered by 100% RFNBOs.

Will all ships be required to use 2% RFNBOs?

Although the FuelEU Maritime Regulation applies in principle at a ship level, in practice, compliance will likely be achieved at a company level, or even at a larger fleet level.

This is possible thanks to the pooling system in article 18 of the proposal, which will enable companies to balance compliance within their fleet, and even to exchange compliance surplus between themselves.

This flexibility option was designed by the European Commission precisely to avoid situations where every ship complies with the GHG intensity targets by blending minimum amounts of alternative fuels and incentivize instead compliance with new, fully renewable ships.

The Parliament proposed to create a similar pooling system to facilitate compliance with the RFNBO sub-quota.

The policy framework proposed by the Commission relies on a GHG intensity reduction target, which, while setting a long-term pathway to reduce progressively the carbon content of shipsʼ energy use, has a few major flaws.

In specific terms, this means that any RFNBO will need to demonstrate at least 70% GHG reduction on a well-to-wake basis to be eligible under the FEUM, while no such requirement is imposed on LNG.

Secondly, given the decade-long EU subsidies towards LNG and biofuels, these fuels have lower production costs than RFNBOs. As a result, the proposed system makes investments in short-term solutions such as fossil LNG and biofuels more attractive than in truly sustainable and scalable solutions.

In this context, despite rising prices of fossil fuels, green hydrogen-based fuels remain considerably more expensive than alternatives, which means any e-fuel uptake during the entire duration of the proposed FEUM Regulation would be at best marginal under the Commissionʼs proposal, which is recognized in the ECʼs own impact assessment, too.

Can an RFNBO sub-quota be compatible with the principle of technology neutrality?

During the negotiations, some voiced concerns that a specific target for RFNBOs uptake might challenge the goal-based approach of FuelEU Maritime. However, it was clarified in the proposal that the sub-quota should not exclude any propulsion technology: any fuel complying with the sustainability and GHG criteria for RFNBOs defined under RED III should be allowed.

This means many fuel pathways are available for ships to comply with the sub-quota: from direct use of renewable hydrogen to its derivatives such as e-ammonia, e-methanol, e-methane, and e-diesel. And all these fuels can be used in internal-combustion engines, fuel cells, or even gas turbines.

An RFNBO sub-quota can thus be considered a technology-neutral policy tool since it does not favor one type of e-fuel against the other.

The European Parliamentʼs proposal in figures

A 2% sub-quota would create a demand for about 21.5 PJ 3 of RFNBOs for European shipping, which would guarantee a market demand of about 205 000 tonnes of green hydrogen by 2030.

T&E estimates the electrolyzer capacity required to be ~2.2 GW to produce that volume. In terms of costs, the production of either e-ammonia or e-methanol in Europe to fulfill the 2% would range from ~0.8 to 1.4 bn EUR in 2030.

This will create a guaranteed market and business certainty for H2 investments, acting as a regulatory-driven business guarantee of announcements already made by some shipping companies.

Moreover, it would directly contribute to reducing Europeʼs dependence on imported oil and gas, as shipping currently relies 99% on fossil fuels, as part of the efforts undertaken via the RePowerEU Plan. T&E estimates a 2% sub-quota to replace about 514 ktoe of fossil fuels with renewables annually.

Where will the production effort come from?

Based on the current bunker sales distribution in Europe, quantities of renewable hydrogen required to supply enough RFNBOs locally for ships to meet the 2% RFNBO sub-quota differ a lot from country to country. Quantities range from 30-50 kt green hydrogen in the Netherlands, Belgium, and Spain, to 3kt or less in Denmark, Poland, or Croatia.

But as the supply of e-fuels will be dependent on domestic production capacity and/or import capacity in ports, the market equilibrium might shi in favor of countries that decide to invest in e-fuels in this decade.