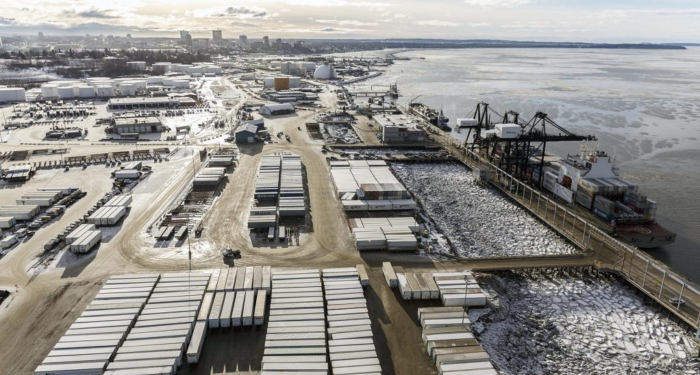 A mechanical malfunction onboard a 600-foot tanker ship that was docked at the Port of Alaska caused two fires on November 18 and November 19. Both fires were contained by the ship’s crew. No injuries or damage were reported.

The U.S. Coast Guard responded to reports of a “a very, very large backfire boom that everybody heard” onboard the ship “Atlantic Lily”,” at the port.

The fire was a result of an ignition of fuel vapor within one of the ship’s boiler stacks. The smoke ignited unburned fuel in the stack, causing visible flames to shoot out the stack. By the time fire department crews had arrived, the ship’s crew had contained the fire.

At the time of the incident, the vessel was delivering about 300,000 barrels of jet fuel for use at Ted Stevens Anchorage International Airport.

USCG: Ensure damaged lithium-ion vehicle batteries are not loaded onto vessels for shipment

According to USCG “the boiler will not be restarted until after fuel off-loading is complete.”

The Port of Alaska, AFD and the U.S. Coast Guard created a unified command and stood by as the crews of the vessel worked to extinguish the fire and manage the incident.

USCG also determined that an issue with the vessel’s auxiliary boiler caused an improper fuel-to-air mixture, igniting a buildup of soot in the exhaust stack which resulted in a loud boom and flames.