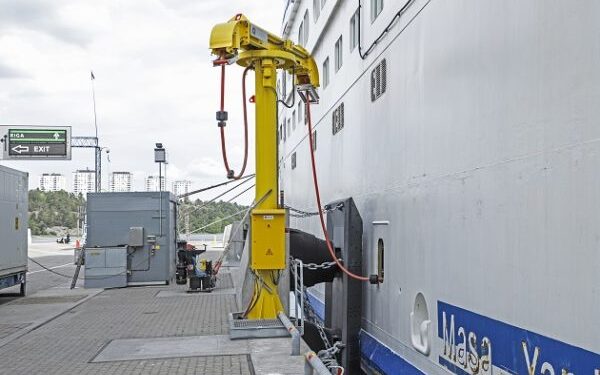 Tallink Grupp announced that it began using its shore power in order to provide electricity to two of its vessels, Silja Serenade and Silja Symhony, while they’re alongside in port, to decrease the environmental impact of the vessels and also mitigate air pollution in the Nordic capital cities the company’s vessels visit.

Specifically, the two vessels are sister ships, operating on the Helsinki-Stockholm route, have been piloting use of the shore power connection facility since February this year and are the two first vessels to be connected to the new facility aiming to minimize the environmental impact from ships within the Baltic Sea region.

In light of the event, Thomas Andersson, CEO Port of Stockholm commented

We are particularly pleased when Tallink Silja chose to make use of the newly built on shore power supply facility in the new Värtapier and are able to make use of our environmental incentives.

Today we are already also working closely with the ports of Helsinki and Tallinn to implement such systems in these ports in the future as well.