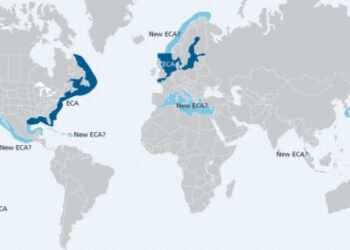 Max sulphur content permissible is to be reduced to 0.1% by 2015 The United States Environmental Enforcement Agency (EPA) has announced that it will trial vessel fly-overs to monitor compliance with MARPOL Annex VI.Initially undergoing trials in the upper Chesapeake Bay area, it is expected that the fly-over program will be extended to include other areas which fall under the North America Emission Control Area (NA ECA).The fly-overs will be monitoring and testing emissions from vessels to ensure the fuel oil being used on board contains less than 1% maximum sulphur content, as required by the ECA.The North American ECA has been in force since 1st August 2012. The maximum sulphur content permissible is to be reduced even further (to 0.1%) by 1st January 2015.The new fly-over trials support further targeting by EPA and USCG to ensure vessels are compliant with the MARPOL Annex VI rules as the one year anniversary of the ECA implementation approaches.Source : UK P&I CLUB

Texas Lawsuit Against BP for Damages Caused By Deepwater Horizon