BIMCO has just published an updated pamphlet relating to the 2013 Vessel General Permit (VGP) and the associated duties to be performed when calling at US ports or entering US waters from 19 December 2013 and onwards. 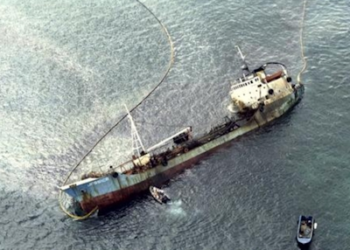 Circular issued by IG P&I Clubs for Tank and Non-Tank VRPs The US authorities published their Final Rule addressing Non-Tank Vessel Response Plans (NTVRPs) in the Federal Register, Vol. 78, No. 189, on 30th September 2013, and all non-tank spill response plans and submit their Vessel Response Plan, to the US Coast Guard by 30th January 2014. All P&I Clubs in The International Group of P&I Clubs have issued similar circulars regarding the United States Vessel Response Plans. The NTVRP final rule has both an effective date and implementation (compliance) date. The effective date of October 30, 2013 is when the final rule enters into force. The final rule also establishes January 30, 2014 as the date of compliance by which a vessel owner or operator is required to submit and operate under a vessel response plan that meets the new regulatory requirement.For the purpose of preparing a Vessel Response Plan (VRP), a non-tank vessel is defined as a self-propelled, non-tank vessel of 400 gross tons or greater that carries oil of any kind as fuel for main propulsion and that operates on the navigable waters of the United States.Non-tank vessel owners will be required to enter into contracts with ...

The USCG has issued Marine Safety Information Bulletin regarding Safety and Environmental Management System Requirements for vessels on the US Outer Continental Shelf.

US National Strategy for the Arctic Region

Safeguarding Peace and Stability in the Arctic region

Wartsila releases another ECA compliant dual-fuel engine in US

USCG published IMO newsletter: Covering issues under consideration at IMO of US interest 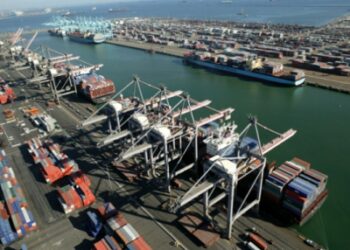 Ships continue to arrive to North America with AGM egg masses resulting in delays at ports The United States Department of Agriculture and the Canadian FoodInspection Agency have issued a joint bulletin reporting that Asian gypsy moth (AGM) populations remain high this year in Russia, Japan, Korea and Northern China.As aconsequence, ships continue to arrive to North America with AGM egg masses. This has led todelayed entry to ports in the United States and Canada.As a reminder, for vessels to avoid potential delays to port entry in North America, they should:acquire AGM certification;depart from regulated ports as soon as possible following the issuance of AGM certification;andconduct self-checking while en route to North America to remove and destroy all egg massesdetected.Although the U.S. and Canada are in full agreement on therequirement for AGM pre-departure certification and vessels arriving free from all AGMlife forms (egg masses, pupae, adults), due to sovereign regulations and policies, thereremain differences in port-of-entry processes between the two countries.Please contactlocal inspection authorities in the port of entry if you have any questions regarding AGMimport requirements or clearance procedures.