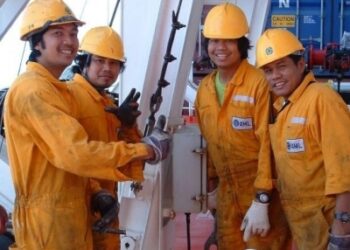 Ukrainian crewing agents get on board the Maritime Labour Convention

Over 50 local crewing agent participants signed up Crewing agents in the Ukraine registered their backing for a key international convention on seafarers' rights at a seminar in the Ukrainian seaport of Odessa last month.Over 50 local crewing agent participants signed up to the Odessa Accord, pledging their support for the Maritime Labour Convention (MCL) at the event on 24 July, which focused on the convention's requirements on recruitment and placement.Organised by the ITF-affiliated Maritime Transport Workers' Trade Union of the Ukraine (MTWTU) in collaboration with the ITF, the International Maritime Employers' Council (IMEC) and the International Labour Organization (ILO), key speakers included, Cleopatra Doumbia-Henry, ILO director of labour standards, Stephen Cotton, ITF maritime coordinator, Giles Heimann, IMEC secretary general and Rajesh Tandon, V-Ships operations manager.Cotton paid tribute to the importance of the Ukraine as a source of "quality seafarers". "The objective is to stamp out the bad competitors who give Ukrainian agencies a bad name and to secure an open commitment to upholding the convention's standards and protecting the future of the Ukrainian maritime industry," he said.Agents, who had previously voiced concerns, conceded that the convention would be important for Ukrainian seafarers and those involved in their recruitment and ...

20% VAT is already being charged on all port services On 4 June 2009 the Ukrainian parliament passed a law concerning VAT charges on "port dues" (meaning tonnage, canal, sanitary, wharfage, administrative, light and anchorage dues where applicable) for vessels calling Ukraine.Unfortunately, the wording of the law was unclear and left open questions as to whether the lifting of VAT exemption on "port dues" wouldencompass all vessels oronly be applicable to vessels calling Ukrainian ports for purposes other than cargo operations (i.e. bunkering, provisions, repairs) or engaged in cabotage voyages.Due to the absence of an official clarification from the fiscal administration themajority of Ukrainian portsstarted implementation of VAT charges in accordance with their own interpretation of the official Ukrainian legislation.In order to resolve this issue the Ukrainian parliament passed Decree 3387-V2 on 17 June 2011 applying 20% VAT on all "port dues" effective 1 July 2011.For members' guidance the 20% VAT is already being charged on all "port services" related to ships calling at any Ukrainian port. This applies to mooring operations, pilotage services, tugboat services and all services related to the arrival and sailing of ships (arrival-sailing formalities, night watchmen, etc).Source: Economou International Shipping Agencies Ltd