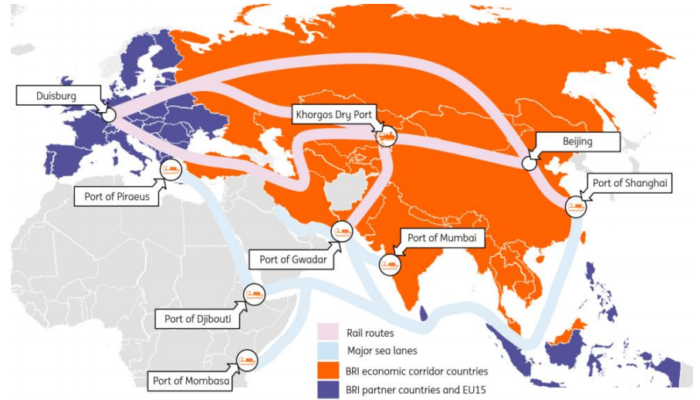 Switzerland will support China's Belt and Road Initiative (BRI) as President Ueli Maurer visits China during April. This will ensure ties with a major trading partner as other Western countries view the gigantic project with scepticism.

Switzerland considers BRI as a way to support economic development, especially in central Asia, Reuters reports. The agreement is expected to be finalized this month, as President Xi Jinping has Mr. Maurer to visit China on April 28 and 29. Swiss business and financial leaders will also accompany Ueli Maurer on this trip.

Switzerland will become one of the first Western states to support this initiative, and is the first country in Europe to reach a free trade agreement with China.

The Swiss President will now participate in the second Belt and Road summit next week, which is expected to gather nearly 40 foreign leaders.

Commenting on the potential agreement, the Swiss government said that the aim is to enhance cooperation on trade, investment and project financing in third markets along the Belt and Road Initiative.

A little earlier, Italy joined China's 'Belt and Road' initiative on March 23, and became the first major Western power to support this initiative, in an attempt to help revive the Italian economy which faces troubles. The agreement was signed during a trip of the Chinese President Xi Jinping to Italy.

The US are worried with this development, as it could enhance China's influence, with the country also believing that it could advance technologies capable of spying on Western interests.

In addition, the Italy-China agreement has also alarmed some European Union allies, Reuters reports, who worry that China could have further access to sensitive technologies and critical transport hubs.

Tags: China EU One Belt One Road US
Related Articles