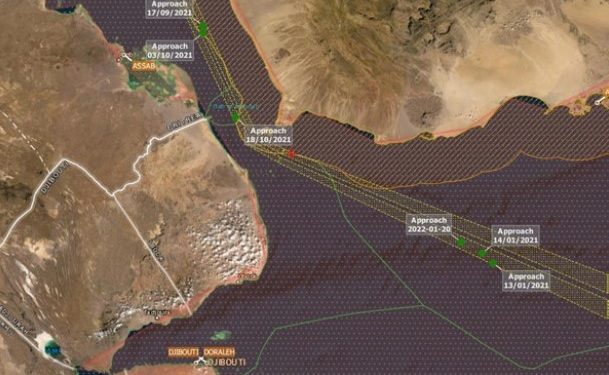 Dryad Global reporting indicates that when transiting within Red Sea, a survey vessel, spotted a skiff approaching the starboard bow.

The alert was raised on-board and the embarked security team prepared the bridge and displayed their weapons. Fire pump started, lockdown completed.

The survey vessel turned to port and made an announcement on VHF Ch16. The skiff, was reported to have had up to eight persons on board, came to within 0.5nm before aborting its approach.

This is the 4th approach within the lower Red Sea and Gulf of Aden within 2022 and 6th incident overall. The reported incident appears to have been absent of hostile intent or compromise of vessel or crew safety.

Vessels transiting the region are advised to ensure that a posture of alertness is maintained despite the low threat from piracy related incidents. High levels of small boat activity have the potential to increase the false alarm rate. Such vessels are often poorly maintained and often unlit at night.

In its most recent piracy report, IMB notes that although no incidents were reported there since the start of the year, the threat of piracy still exists in the waters off the southern Red Sea and in the Gulf of Aden, which include the Yemeni and Somali coasts.