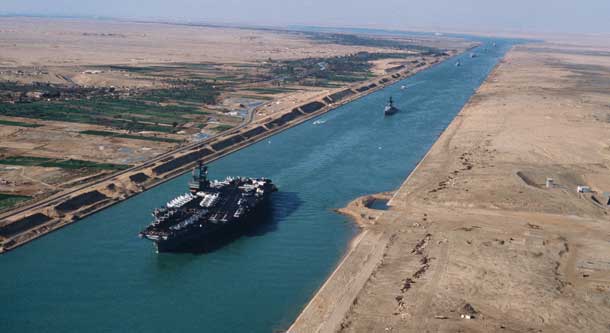 The Suez Canal Authority has issued new resolutions on the Suez Canal transit tolls that are to be applied in 2023. The tolls regard all types of vessels by 15% during 2023 while the increase is at 10% for dry bulk ships and cruise ships as of the beginning of January of next year.

Adm. Ossama Rabiee, SCA’s Chairman and Managing Director commented on the increased transit tolls clarifying that they come in light the SCA’s keeping up-to-date with all the market changes in the maritime transport sector which monitor the ever-increasing daily charter rates for most types of vessels that reached unprecedented levels and the forecast for next year shows a continuation in this rise.

H.E. added that determining the Suez Canal transit tolls rests on a number of pillars, most significant of which is the average freight rates for various types of vessels. In this regard, there were considerable and consecutive increases within the past period; especially in containerships’ freight rates.

Mr. Rabiee further pointed out to the impact the increased energy prices have on the equation of tolls calculation where the continued increase in crude oil prices over $90 per barrel, and the increase in the average LNG prices above $30 per million thermal units, have both led to a rise in the average prices of ships bunker and consequently an increase in the savings ships achieve by transiting through the Suez Canal compared to other alternative routes.

In addition, the increase is inevitable, said the Suez Canal, and a necessity in light of the current global inflation rates that reached more than 8% which translates into increased operational costs and the costs of the navigational services provided in the Canal.

It was emphasized as well that the SCA adopts a number of mechanisms with the sole aim of having its pricing policies cope with the changes in the maritime transport market and to ensure that the Canal remains the most efficient and least costly route compared to alternative routes.

What is more, the SCA allows for amending the pricing policies in case of any changes in the navigation market by means of offering incentives to vessels that operate on routes where the Suez Canal wouldn’t normally achieve considerable savings. These rebates may reach 75% of the Canal standard transit tolls for a specific period as per what the market dictates.

That is in addition to rebates granted through the SCA’s long haul committee that study each applying vessel’s journey one at a time which may reach 74% of the Canal standard transit tolls according to the conditions of the navigation market at the time the client applies for the rebate, and this also applies to vessels that operate on routes where the Suez Canal wouldn’t normally achieve considerable savings.