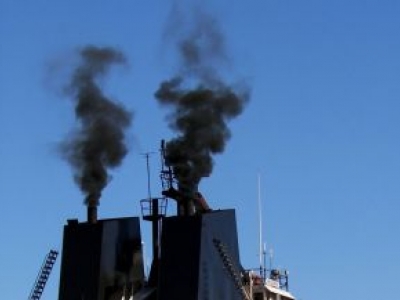 An IMO-commissioned study into the impact of mandatory energy efficiency measures for international shipping shows that implementation of the measures will lead to significant reductions of greenhouse gas (GHG) emissions from ships, specifically reductions of carbon dioxide (CO2), resulting from enhanced fuel efficiency.

The study found that, by 2020, an average of 151.5 million tonnes of annual CO2 reductions are estimated from the introduction of the measures, a figure that by 2030, will increase to an average of 330 million tonnes annually. CO2 reduction measures will result in a significant reduction in fuel consumption, leading to a significant saving in fuel costs to the shipping industry The study, Assessment of IMO mandated energy efficiency measures for international shipping*, was launched on Monday (14 November) ahead of the forthcoming United Nations Climate Change Conference, to be held in Durban, South Africa, from 28 November to 9 December, 2011.

IMO will report to that Conference on the breakthrough adoption, in July 2011 at IMO's Marine Environment Protection Committee (MEPC), of mandatory technical and operational measures to reduce GHG emissions from international shipping. Amendments to the International Convention on the Prevention of Pollution from Ships (MARPOL), Annex VI Regulations for the prevention of air pollution from ships, add a new chapter on Regulations on energy efficiency for ships.

The regulations will apply to all ships of 400 gross tonnage and above and are expected to enter into force on 1 January 2013. This new chapter makes mandatory the Energy Efficiency Design Index (EEDI), for new ships, which, in essence, requires new ships to be designed to be more energy efficient (and thereby release less greenhouse gases).

The regulations are non-prescriptive: as long as the required energy-efficiency level is attained, ship designers and builders are free to use the most cost-efficient solution or solutions for each particular ship.

The new regulations also make mandatory a Ship Energy Efficiency Management Plan (SEEMP) for all ships. This is a plan which sets out, for an individual ship, how energy savings can be made. There are a variety of options to improve efficiency - speed optimization, weather routeing and hull maintenance, for example - and the best package of measures for a ship to improve efficiency differs to a great extent depending upon ship type, cargo, route and other factors.

The new regulations make such a ship-specific plan mandatory thereby encouraging the shipping industry to review its practices in a systematic way to find the best balance. Amongst the key findings, the report (undertaken by Lloyd's Register (LR) in partnership with Det Norske Veritas (DNV)) found that:

Compared with Business as Usual (BAU), the average annual reductions in CO2 emissions and fuel consumed are estimated between 13% and 23% by 2020 and 2030 respectively.

CO2 reduction measures will result in a significant reduction in fuel consumption, leading to a significant saving in fuel costs to the shipping industry, although these savings require deeper investments in more efficient ships and more sophisticated technologies, as well as new practices.

Significant reduction of CO2 emissions from ships due to EEDI and SEEMP regulations is foreseen to 2050 with emission reduction due to SEEMP likely to be realised more rapidly than that for EEDI, as the effect of EEDI will occur only as and when older, less efficient, tonnage is replaced by new, more efficient tonnage.

The estimated reductions in CO2 emissions, for combined EEDI and SEEMP, from the world fleet translate into a significant annual fuel cost saving of about US$50 billion in 2020 and about US$200 billion by 2030; using fuel price increase scenarios that take into account the switch to low-sulphur fuel in 2020.

Mandatory application of EEDI will drive more energy-efficient ship design and realise the CO2 emission reduction potential associated with technical innovation and the use of lower or no carbon fuels.

The mandatory use of SEEMP based on current IMO regulations will provide a procedural framework for shipping companies to recognise the importance of the operational energy- saving activities. It will significantly boost the level of awareness and, if implemented properly, will lead to a positive cultural change.

Investigations show that ship hydrodynamic and main engine optimisation will bring about energy-saving opportunities of up to around 10% with no significant additional cost of shipbuilding.

The IMO regulations represent the first-ever mandatory energy efficiency measures for an international transport sector and their adoption followed several years of work on the matter. Work is now progressing on market-based measures, with intensive work to review a number of different proposals, submitted by Governments and observer organizations.

Further work will be carried out on market-based measures in 2012. Such measures would place a price on greenhouse gas emissions, thereby providing both an economic incentive for the maritime industry to invest in more fuel-efficient ships and technologies and to operate ships in a more energy-efficient manner and a mechanism to offset growing ship emissions in other sectors. In addition, these measures can generate funds that could be used, for example, for projects to mitigate climate change in developing countries.

You can view the study, by clicking here.