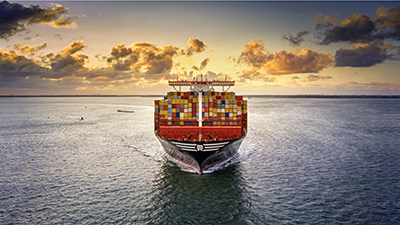 The cargo vessel that has been stuck at the Kakinada anchorage port from 12 July is expected to leave by the end of September if legal hurdles are settled. The master of the ship, Qian Tai 1, has not been permitting the Indian crew to board the vessel.

To remind, the vessel had arrived at Kakinada on 8 July to unload 4,000 tons of crude palm oil. It was at the anchorage port on 12 July to undergo a crew change. The ship’s captain, however, refused to permit a new Indian crew comprising the chief officer, second officer, chief engineer, captain, and chief cook onboard.

Sources have reportedly said that after hours of consultations, the Chinese caption has permitted the entry of Indian crewmembers. Efforts are ongoing to stop the stalemate preferably by this month’s end. After clearing the salary arrears of Chinese crew members, the Indian crew will be asked to be in charge of the vessel. The seamen from China will leave at the next port.

Port officials have refuted all allegations made by the Chinese captain that water, bunkers, and other provisions had not been made. They added that all provisions to the crew were made from the time the vessel reached the Kakinada anchorage port on 12 July.

A shipping contractor, in the meanwhile, has also approached the Indian high court to seek a direction to the shipping company that had deployed the Chinese crew to permit the Indian crew on board.

Concluding, the Singapore-based contractor has also asked to arrest the same vessel. This case has been pending in the high court and will be heard soon.