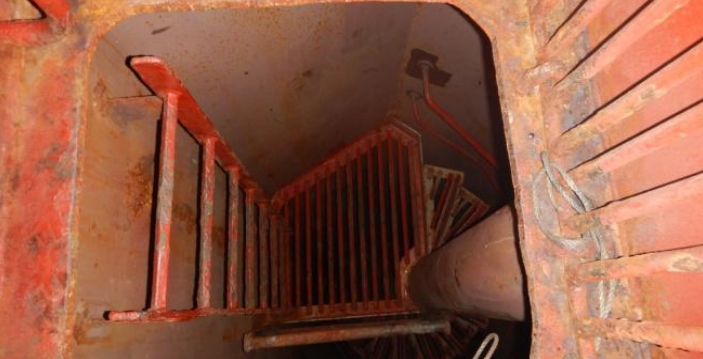 Opening to ladder and first platform where the fatally injured stevedore was found / Credit: Transport Malta

Transport Malta's MSIU issued an investigation report on the fatality of a stevedore onboard the bulk carrier 'A Navigation', while in the port of Kelang, Malaysia, on 1st April 2018. The incident stressed hazards associated with enclosed space entry.

A Navigation was alongside in Port Kelang, Malaysia, discharging a cargo of steamed coal. At approximately 1000 on 01 April 2018, whilst the chief mate and the shore foreman were conducting their routine inspection of the cargo holds, a burning smell was noticed coming from the entrance hatch to cargo hold no. 3.

On investigation, they discovered the body of one of the stevedores, lying on the upper platform of the access ladder to the cargo hold. The stevedore had severe burns to his upper body and without any personal protection equipment (PPE).

Although the exact reason for the accident could not be accurately ascertained by the safety investigation, it was suspected that a pocket of methane gas and coal dust ignited at the top of the ladder for cargo hold no. 3.

Although the investigation did not have access to the post mortem examination results, it was suspected that the casualty is likely to have died from third degree burns and asphyxiation. 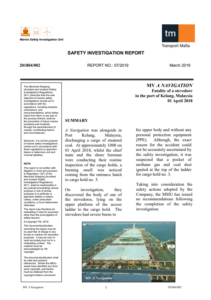