Stena Impero not freed yet

Despite previous announcements on Iran freeing Stena Impero, Stena Bulk reported that the vessel remains detained at anchor in Bandar Abbas. The company noted that they will continue their efforts in freeing the vessel and its crew.

On Monday, Iranian ambassador to the UK Hamid Baeidinejad tweeted that the British flagged tanker “Stena Impero”, after the judicial proceedings were completed, it was free to leave. 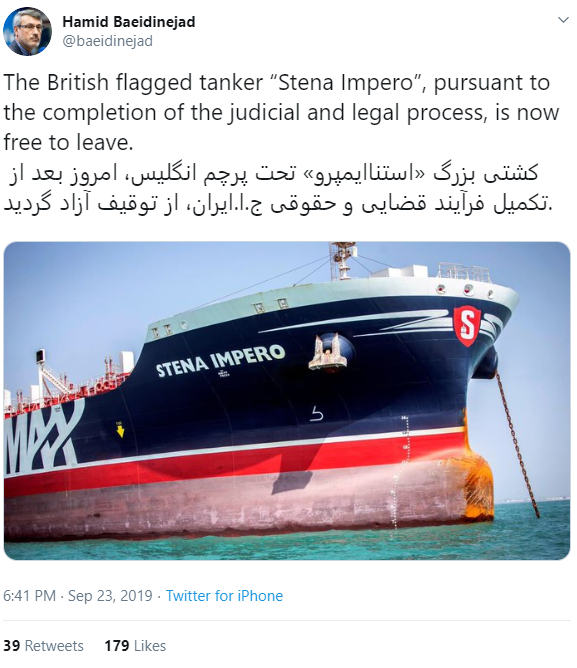 However, on the contrary to the statement above, Stena Bulk's Erik Hanell, President and CEO, reported that

Despite public statements by Iranian authorities over the past three days that judicial proceedings have concluded, and the Stena Impero is free to leave Iran, the vessel remains detained at anchor in Bandar Abbas.

Following Iran's statements, TankerTrackers, maritime consultancy, posted satellite images according to which the vessel was no longer located at the position where it was on anchorage since the middle of August. The Consultancy added that they are trying to re-locate the vessel, while its AIS appears to be off. 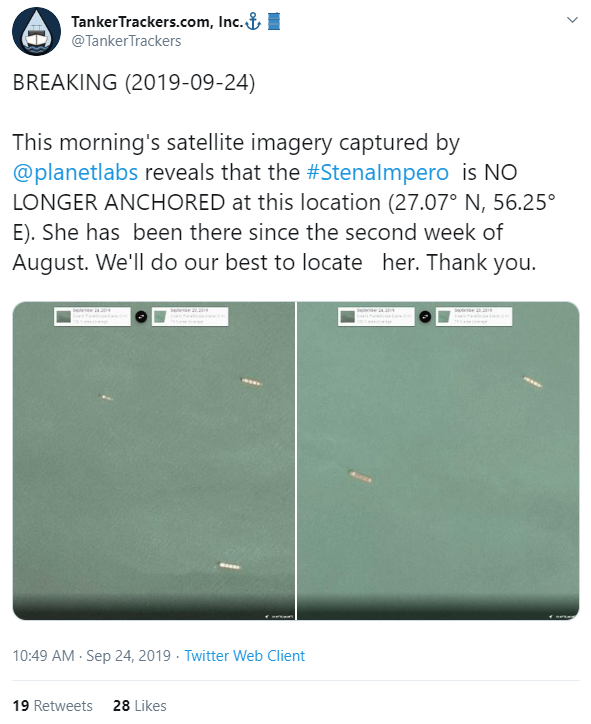 The background between Iran and the detained Stena Impero, began on July 19 when Iran's Revolutionary Guards detained the vessel along with its 23 crewmembers. The seizure of the ship attracted media attention in line with an ongoing crisis in the Middle East. Iranian forces released seven non-essential crew members earlier in September.

In the meantime, the detention of the vessel was criticised as an act of retaliation as Britain had detained an Iranian tanker off Gibraltar, two weeks earlier, and then released in August.

The owner Stena Bulk has underlined there are no indications that the ship had breached any rules.