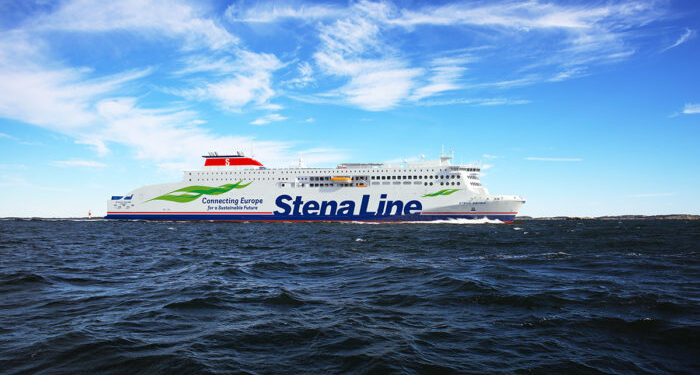 What is more, the Captain highlighted that in its maiden voyage, the Stena Estrid experienced sea conditions of about 5 to 6 meters, adding that it was “the first time we’ve made the passage but of course we’ve got lot of experience on the ship having travelled from China and various oceans around the world.”

It is added that the ship did move around but “we did what we could to make it as comfortable as we possibly can” as “the safety of the passengers is our priority;” the ship performed extremely well as the crew managed to monitor the weather conditions; the only limit for the ship was passenger comfort.

CHIRP focuses on the potential impacts of COVID-19 on seafarers 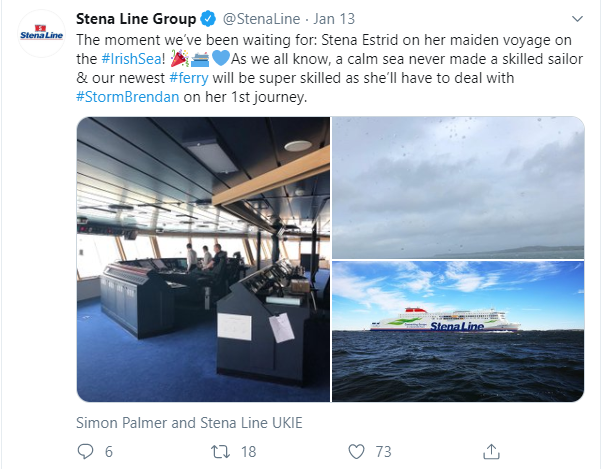 Captain Lynch highlighted that a series of weather routing courses carried out across the Irish Sea took a little longer that we expected, acknowledging whatsoever that their top priority is the safety and comfort of the passengers on the way across.

Lastly, the Captain noted that “we try to present ourselves to the weather conditions or the waves to make sure that the ship doesn’t move too much and of course the ship is fully stabilized as well, but we try and put them big waves just on the front of the ship and that just eases emotions and get balance,” remarking that

You are still moving through that five to six meters it is just trying to ease the motions to something that’s comfortable for the people that are moving around the ship.

The term “heavy weather” is defined as combination of strong winds of Beaufort scale 7 or more and waves with height of 4 meters or more. A tropical storm is developed over tropical oceans and is a very intense low-pressure wind system with winds of hurricane force. Tropical storms consist of rotating masses of warm and humid air and create thunderstorms with high waves, flooding rain and strong winds.

Some actions to be taken under heavy weather conditions or tropical storms include: