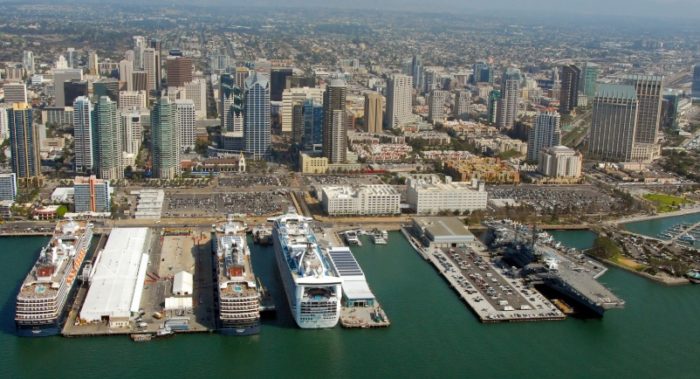 On the aftermath of a fatal forklift accident at the Port of San Diego, the California Occupational Safety and Health Administration (Cal/OSHA) has cited the marine cargo handler SSA Pacific, for serious safety violations. The Administration has issued six citations totaling $205,235 in proposed penalties to the company, which is a division of Seattle-based SSA Marine.

On 3 January, a longshoreman was driving a forklift into a transit shed when he collided with a concrete support column and suffered fatal injuries after being thrown from the forklift.

Cal/OSHA's investigation found that the employee was not wearing a seatbelt and that the forklift had multiple safety devices disabled, including a seatbelt warning buzzer and mast interlock system designed to disconnect power from the hydraulic lift when the operator is unseated.

Forklift safety and training of operators must be taken seriously. Employers must ensure that seat belts are used and that safety devices such as warning systems to ensure seat belt use are not altered,

The citations issued included four serious violations for the employer's failure to ensure that forklift operators use seatbelts, properly maintain and inspect forklifts, ensure operators were effectively trained and for improperly altering forklift safety features. A general violation was cited for the employer's failure to establish and maintain an effective heat illness prevention plan.

SSA Pacific was also issued a citation for a willful-serious violation as the employer failed to ensure workers perform a forklift safety check at the beginning of each shift and report unsafe conditions, a violation the company was cited for in 2016 following an accident inspection at the Port of Long Beach.

The incident in 2016 occurred when two workers improperly attempted to lift a 15-ton forklift from the hatch of a ship with a crane. One worker was hospitalized overnight for injuries to his ribs and lungs when he was pinned by the mast of the running forklift.

A citation is classified as willful when evidence indicates that the employer committed an intentional and knowing violation, or was aware that a hazardous condition existed and made no reasonable effort to eliminate it. A citation is classified as serious when there is a realistic possibility that death or serious harm could result from the actual hazard created by the violation.