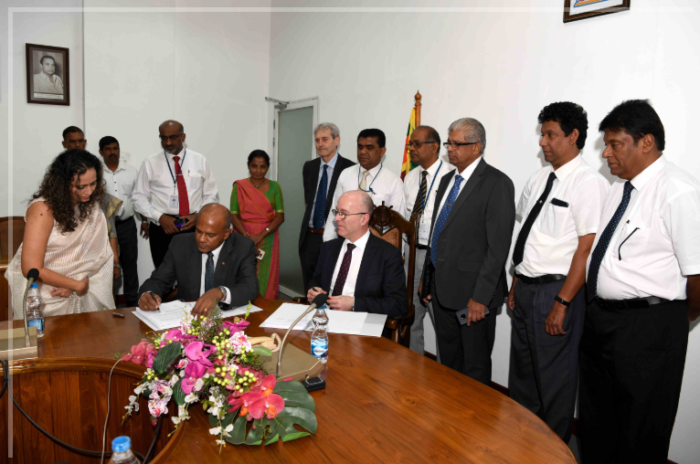 SLPA intends to use the proposed Colombo North Port for liquid bulk, dry bulk, Ro Ro and containers. The North Port has been planned to be implemented in stages, depending on the demand.

Accordingly, SLPA has planned to do a feasibility study for the Colombo North Port Development Project focused on expanding capacity of container handling while serving all other port servicers expected from industry.

Under the ADB funded Transport Project Preparatory Facility, SLPA had a portion to use for the Feasibility study related to the proposed Colombo North Port Project. The duration of the study is expected to be 15 months.

SLPA has launched the procurement process through Expression of Interest and subsequently the Request for Proposal and selected the consultant for the feasibility study for the Colombo North Port Development Project.

With the approval of the Cabinet of Ministers, SLPA has signed the agreement with AECOM Infrastructure & Environment UK Limited on 20th February 2020. The project has also received the guidance of the Minister of Ports and Shipping Johnston Fernando and State Minister of Port Development Affairs Kanaka Herath.