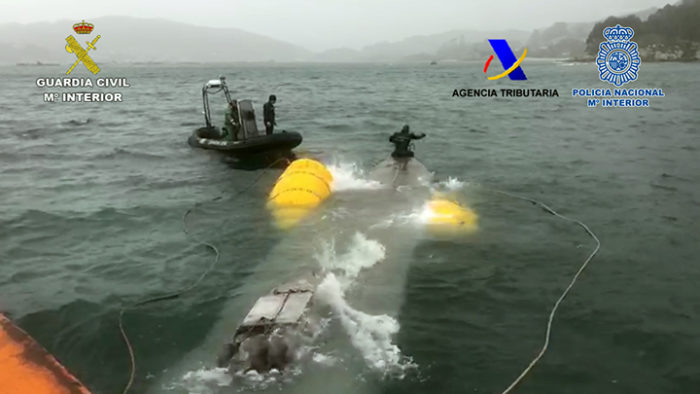 Spanish Maritime Authorities refloated a sunken "narco-sub" smuggling vessel and detained 3.5 tonnes of cocaine from its interior, marking the first ever narco-sub to be caught in the EU, as this type of vessel is mostly common in the US.

The investigations began when the Centre for Maritime Drug Analysis and Operations (MAOC) alerted the Intelligence Center against Terrorism and Organized Crime (CITCO), about a suspicious vessel that would go to Spain for the Atlantic loaded with cocaine.

In light of this incident, UK police forces, along with forces from Portugal, the US and Brazil had a direct role in the operation. The collaborative authorities arrested two people, of Ecuadorian nationality, and are still looking for a third member who's missing. 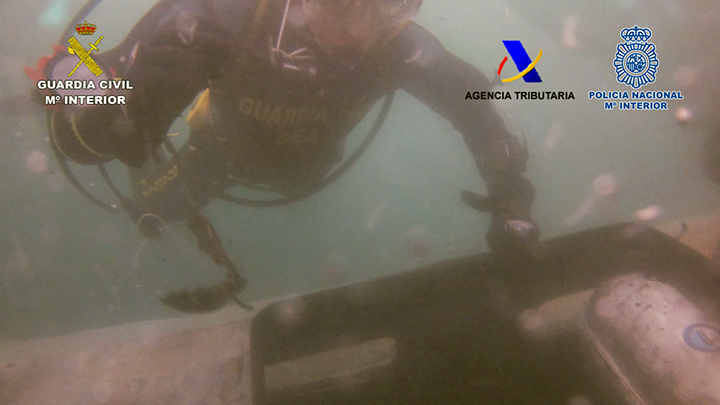 The sea conditions did not allow the vessel to deliver the drugs to a second one, forcing its crew move onshore, where the detainees caused its sinking and abandoned it. This action was detected by a Civil Guard patrol with night vision means, which located the place of arrival of the ship and detected the subsequent flight of its crew.

The authorities still investigate the incident, looking for the origin of the drug and who would receive the drug in Spain.

The use of submarines is common in the US, with the USCG chasing self-propelled semi-submersible suspected drug smuggling vessel (SPSS) on June 18, operating in international waters of the Eastern Pacific Ocean.