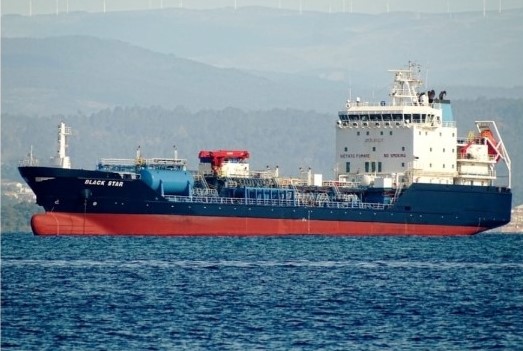 Turkish tanker “Black Star” alleged to have taken part in transfer of palm oil and derivatives from Russian tanker.

On April 27th, 2022, the Black Star was banned from entering Barcelona, Spain after claims of Russian cargo transhipment. The Spanish authorities believe that the cargo was loaded from the Russian tanker “Andrey Pervozvanniy” off Malta during April 23-25, in ship-to-ship operation.

To remind, the European Commission had introduced a 5th package of sanctions against Russia, including a ban on buying Russian coal and on Russian ships entering EU ports, while it is also working on banning oil imports too.

Accordingly, the European Union sanctioned not just Russian ships, but Russian cargoes as well, if they’re bound for EU ports. The Russian tanker was sailing in western Mediterranean as of April 28th, having Ceuta as its next port of destination. The tanker’s voyage started from Singapore and arrived in Malta, where it allegedly took part in the transfer of palm oil and derivatives.