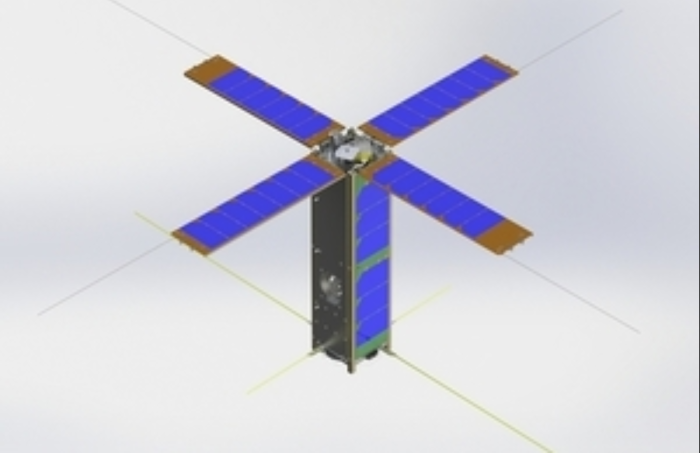 The first of its kind satellite was launched on December 3 into a sun-synchronous orbit as part of Spaceflight’s SSO- A SmallSat Express mission on-board a SpaceX Falcon 9 rocket from Vandenburg Air Force Base, USA. The UK telecommunications satellite will enhance security and commercial shipping.

SpaceX in collaboration with HawkEye 360 will also launch 3 satellites to track piracy activities.

Namely, VdES Transmitting sAtellite System (VESTA), will boost the marine information flow between the ship and the shore. The payload was designed and constructed by Honeywell UK and the spacecraft by Surrey Satellites.

The attempt was funded, through £1 million flagship funding, by the UK Space Agency’s National Space Technology programme which pursues to accelerate innovation and better position UK organisations in order to enter and expand into institutional and commercial space markets that help develop the economy of the UK.

What's more, VESTA will provide vessel traffic information, as the delivery of ice-maps to shipping in the polar regions and two-way communication to boost the monitoring of commercial fleet by relaying real-time ship engine, emissions and fuel data to operators as well as provision of specific meteorological data.

Spaceflight’s SSO-A mission is the largest single rideshare mission from a U.S.-based launch vehicle until today. The company has signed with 34 different organisations to launch 64 spacecraft on just one rocket.

UK's space field is increasing at an unprecedented rate and results to a job-opportunity increase, by employing 40.000 people.

On November 2018, Eutelsat signed a contract to procure two new telecommunications satellites from Airbus, with the work being done in the UK.

The Government's Industrial Strategy is amongst supporters, as the National Satellite Test Facility at Harwell and the development of the proposed commercial spaceport in Sutherland, Scotland, concerning these technological steps.

Finally, Dr Graham Turnock, Chief Executive, UK Space Agency stated that there are places on Earth where the communication faces barriers, thus satellites can limit this communication-gap. That's why, the UK Space Agency is helping to fund UK technologies like VESTA as part of the government’s Industrial Strategy, to boost innovation and growth, while delivering safety at sea and jobs back home.