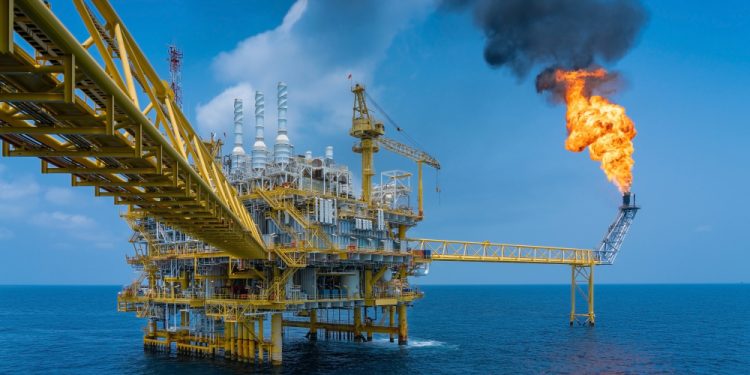 High impact drilling in 2022 remained at a similar level to 2021, with 81 high impact wells completing, according to Westwood Global Energy.

Breakthrough discoveries in the Orange Basin, offshore Namibia, at Venus by TotalEnergies and Graff and La Rona by Shell opened new oil plays with preliminary estimates of potentially more than 3.5bnboe of discovered oil and gas resources.

After Venus, the second largest discovery in 2022 was made at Uchuva, in the Guijira Basin offshore Colombia which discovered 3-5tcf of recoverable gas. Nine potentially commercial discoveries were made in Guyana and one in Suriname, which accounted for ~21% of the total discovered resource.

Frontier exploration drilling activity remained low with only 19 frontier wells completing in 2022, although it delivered an exceptional 26% commercial success rate with five potentially play opening offshore discoveries at Venus and Graff in Namibia, Uchuva in Colombia, Timpan in Indonesia and Anchois-2 in Morocco.

The commercial success rate in emerging plays increased from 28% in 2021 to 46% in 2022, largely driven by better performance in Suriname-Guyana as the Stabroek JV focused drilling in the core of the proven play fairway.

Follow-on success in the Cretaceous carbonate play in the Eastern Mediterranean also contributed to emerging play performance with discoveries in Cronos and Zeus, in the Nile Delta, offshore Cyprus.

The commercial success rate from high impact drilling in maturing/mature plays decreased from 36% in 2021 to 30% in 2022, with failed attempts to extend the pre-salt play in the Santos and Campos basins, failures in the South Caspian, and no success from the four high impact wells drilled in NW Europe.

High impact well numbers in 2023 look to be in line with 2020-2022 with 75-85 high impact wells currently expected to complete in the year. Higher oil prices in 2022 have not fed through into more exploration.

South America will continue to be a key region for high impact exploration, particularly in the Suriname-Guyana Basin and offshore Brazil. Argentina will see its first ever deepwater well drilled in 2023. Activity in North America is expected to rebound in 2023 following a quiet year in 2022 when only nine high impact wells completed. This will include more than five high impact wells in the US GoM, further commitment wells offshore Mexico, and a key frontier basin test in the Orphan Basin offshore Canada.

Africa is expected to see wells in the emerging Orange Basin offshore Namibia, as well as frontier tests offshore Morocco, Gabon, and Mozambique.

The Eastern Mediterranean has also seen a recent up-tick in high impact exploration drilling, which will continue into 2023 with around five high impact wells expected.

High impact drilling activity in Europe, the Middle East and Asia Pacific is expected to fall slightly in 2023 compared to the previous year.

The Ukraine conflict and high and volatile oil and gas prices has seen energy politics shift in the short term from the environment and energy transition to a focus on affordability and security. Global explorers, meanwhile, are taking a measured view and holding budgets and activity steady whilst trying to improve overall exploration efficiency