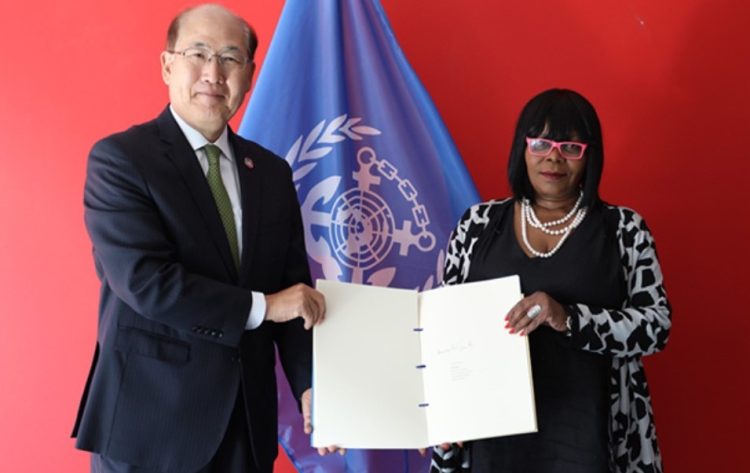 South Africa became the 17th signatory to the Jeddah Amendment to the Djibouti Code of Conduct (DCoC), as an effort to combat illicit marine activity.

The Jeddah Amendment was adopted in 2017 to broaden the scope of the DcoC, which was developed and adopted in 2009 by countries in the Western Indian Ocean and Gulf of Aden as an important tool to combat piracy and armed robbery against ships in the region.

Her Excellency Nomatemba Tambo, High Commissioner to the United Kingdom of Great Britain and Northern Ireland and Permanent Representative of South Africa to IMO deposited the instrument with IMO Secretary-General Kitack Lim at IMO Headquarters in London (20 April).

Last year, The IMO announced the launch of a new website www.dcoc.org aimed at sharing information on the implementation of the Djibouti Code of Conduct. The platform is expected to play a significant part in enhancing regional cooperation in countering piracy and other illicit maritime activities.