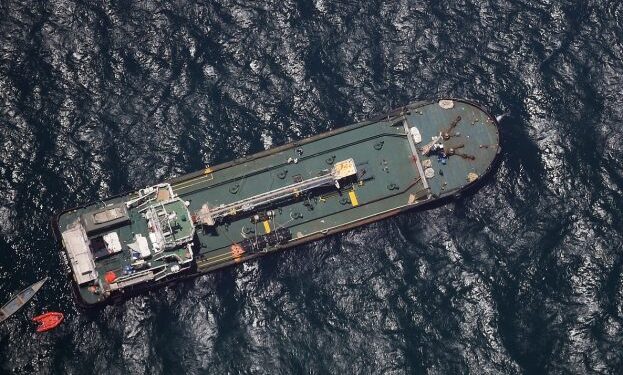 The EU Naval Force (Somalia) confirmed that fuel tanker Aris 13 and her crew are now en route to a safe port on the north coast of Somalia after armed pirates, who had been holding the crew since  13 March 2017, departed the ship.

According to the OBP, the MT ARIS 13, was released from Somali pirate hands due to the efforts of the Puntland Maritime Police Force (PMPF), on March 16 2017. The master confirmed that his crew had suffered no injuries during their 4-day ordeal. Under the care of the PMPF, the MT ARIS 13 is now proceeding to the Somali port city of Bosasso.

Specifically, in the morning of March 16, the PMPF engaged in a firefight with the pirates who were in the midst of resupplying themselves aboard the MT ARIS 13.  The PMPF, with the help of local Somali authorities and clan elders in the Xabo region, resolved the situation and the crew of the MT ARIS 13 were released.  This operation marks a success in the maritime policing of Somali waters by local law enforcement.

The Puntland Maritime Police Force was formed in 2010 and was deployed against pirates for the first time in 2012. The PMPF has had several successes, including the release of the MV Iceberg 1, the dramatic cliff top rescue of the fishing vessel the al- Amal, and the recent operation against ISIL militants in the town of Qandala.

Further details are still to be confirmed.