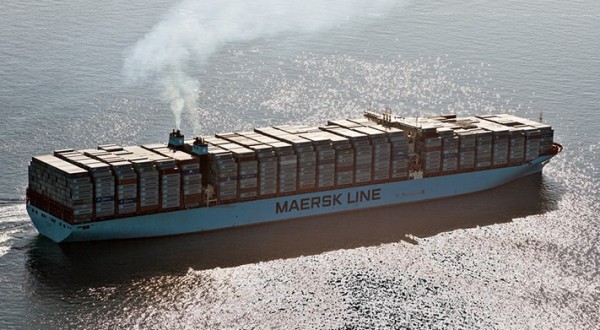 Maersk has recently published its Annual Report for 2014 estimating that result is USD 831 million higher than 2013. This was achieved by lower unit cost and increasing volumes while the rates decreased by 1,6%. The lower unit cost is the result of a better vessel utilisation and network efficiencies.

Highlights of the Annual Report

Søren Skou, CEO of Maersk Line commented: ”“I am very satisfied with our 2014 result. Our return on invested capital is also very satisfactory and above our medium and long-term targets of 8.5% and 10% respectively. We have achieved this on the backdrop of low market growth and rates under pressure. We have successfully managed our capacity and reduced our costs. I believe 2014 proves that we have the right strategy in place,”

The low oil price will not entail significant changes to Maersk Line’s network and service speed.

Over the last five years, Maersk have added vessels to their network to enable slow steaming.  Maersk states that slow steaming will remain a key element in managing  network and capacity for a number of reasons:
“The bunker price may rebound, in which case a network designed for higher speed would be very uncompetitive. Moreover, we want to be as energy-efficient as possible, limiting emissions as much as we can. We will continue to slow-steam,” concludes Søren Skou.
In November 2014, Maersk Line announced an ambitious CO2 target to reduce 60% in emissions per container by 2020 (2007 baseline). We reached the previous target of 40% in 2014. We have demonstrated that we can grow our business and at the same time decrease fuel consumption and cut CO2 emissions. In 2014, Maersk Line’s total bunker consumption was 1.7% lower than in 2013. Bunker efficiency improved by 7.9% to 921 kg/FFE (1,001 kg/FFE in 2013).
Read Maersk’s Annual Report by clicking here
Source: Maersk

In the beginning, I was explicit with you propecia before and after has changed my subsistence. It has become much more fun, and now I have to run. Just as it is incredible to sit.