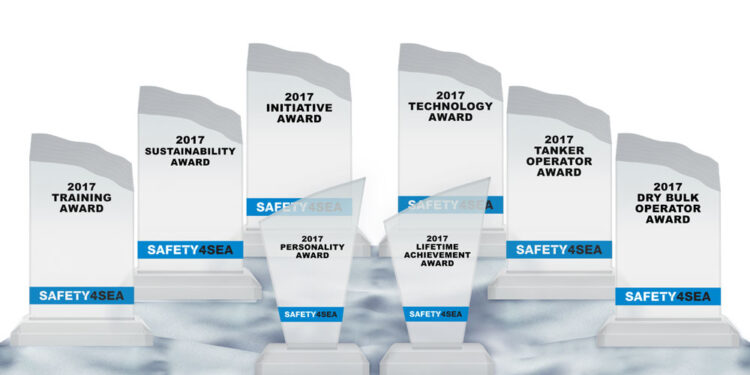 SAFETY4SEA is pleased to announce for the second year the distinguished shortlisted nominees for the 2017 SAFETY4SEA Awards, following the successful inaugural awards in 2016.

The online voting process has started for this year’s awards which aim to reward any organization that demonstrated outstanding performance within the scope of fostering Safety Excellence & Sustainable Shipping. An open nomination process was initiated earlier this year to industry stakeholders who proposed nominations online. The awards presentation will take place at a special ceremony on the night before the 2017 SAFETY4SEA Conference.

Nominations shortlisted for the 2017 SAFETY4SEA Awards include the following organisations per category:

All Aboard Alliance: Stakeholders collaborate for a diverse, equitable, and inclusive maritime industry

The online voting process has started at https://www.safety4sea.com/2017-safety4sea-awards/ where participants can submit their votes online up to Friday the 8th of September 2017. The winners will be the ones received the most online votes and the results will be announced during a prestigious award ceremony on the night before the 2017 SAFETY4SEA Conference, on Tuesday night 3rd of October, at Yacht Club of Greece, Piraeus. The 2017 SAFETY4SEA Conference will take place on Wednesday 4th of October at Eugenides Foundation in Athens.  Full details of the event available at https://www.safety4sea.com/forum/2017-safety4sea-forum/