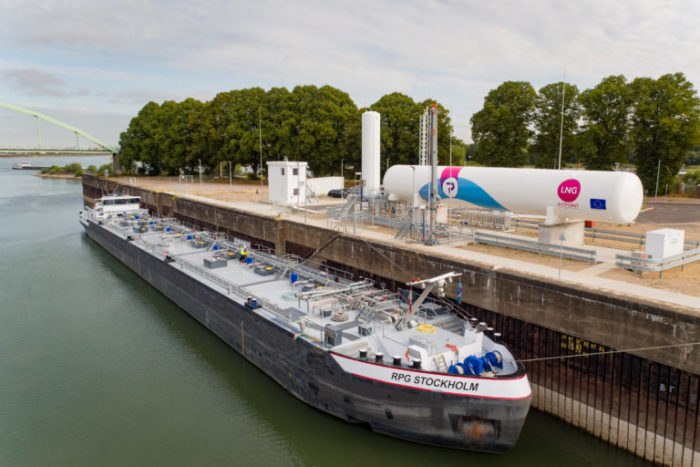 PitPoint opened what it claims to be the first solid LNG bunker station for inland vessels in Europe in the Niehler Hafen in Cologne. The new LNG bunker station is part of PitPoint's plans to establish a European LNG infrastructure for heavy transport by road and water and is co-financed by the European Union.

As the company said, the arrival of this fixed bunker station will speed up the entire bunker process significantly. Namely, while for truck-to-ship bunkering LNG ships first had to make a request and schedule an appointment to purchase LNG, shore-to-ship bunkering can be done faster and easier via the station's pumps.

The fixed bunker station is also accessible 24/7 and has service engineers to provide bunker guidance. In the near future it will also be possible to have two ships bunkering at the same time.

We are very proud to welcome the first permanent LNG bunkering station in Europe to our port in Niehl, Cologne. We see this tank system as the next building block in our approach to achieving even more sustainable and environmentally friendly transport

PitPoint's ultimate goal is to pave the way with LNG for completely clean transport in 2030.