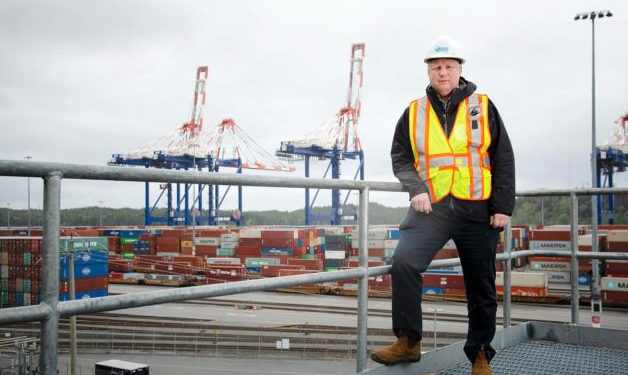 A team led by the Prince Rupert Port Authority is installing shore power capacity at the terminal, so that vessels docked there can rely on hydroelectric power while their cargo is loaded and unloaded.

According to Jason Scherr, PRPA’s Manager of Environmental Sustainability, who has spearheaded the shore power project:

“Container vessels at berth will be able to shut down their main engines when plugged into shore power, eliminating the majority of the greenhouse gases and other air emissions from those ships”.

Earlier this year, staff from PRPA, BC Hydro, and DP World Prince Rupert worked with electrical contractors and the engineers aboard the ship CSCL Summer to successfully test the equipment at the terminal. Scherr said, “work continues, and we expect to commission both berths and have the equipment operational when the next phase of the Fairview Terminal expansion is completed in 2022.”

The shore power project is part of PRPA’s own Carbon Reduction Strategy, which aims to reduce the Port’s greenhouse gas intensity by 30 percent from 2018 levels by the year 2030 and reach net-zero carbon emissions by 2050.

As explained, the emissions savings from shore power at Fairview Terminal will help PRPA account for half of this aggressive reduction target.