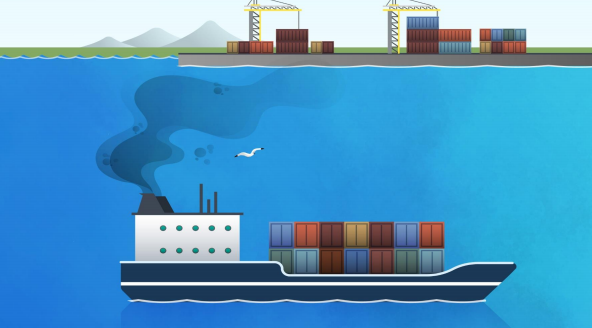 The European Commission recently issued its first annual report concerning CO2 emissions coming from the maritime sector. Namely, the report is based on data from emissions in 2018, reported by companies until September 2019.

According to the European Environment Agency’s greenhouse gas emissions data, emissions by 11.600 vessels, added up to over 138 million tonnes of CO2 emissions in that year, representing 3.7% of total EU CO2 emissions.

What is more, the report presents that approximately two-thirds of the reported CO2 emissions are related to voyages to or from a port outside the European Economic Area (EEA).

Only 32% of the total CO2 emissions came from voyages inside the EEA, while emissions from ships in EEA ports stood for 6% of total emissions.

For the records, containerships marked the largest share of total emissions, with over 30%.

At the same time, bulk carriers emitted approximately 13% of all reported CO2 emissions for a distance traveled of around 55 million nautical miles.

Furthermore, the vast majority of the vessels, have already reduced their speed in comparison to 2008 by around -15% to -20%.

For the records, the 11.600 ships monitored under the EU legislation represent 38% of the world merchant fleet (above 5,000 gross tonnage) and cover a large variety of ships from roll-on/roll-off passenger ships to bulk carriers, tankers and container ships. 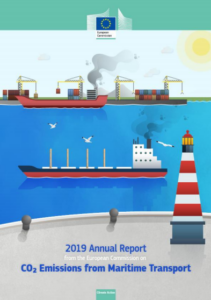