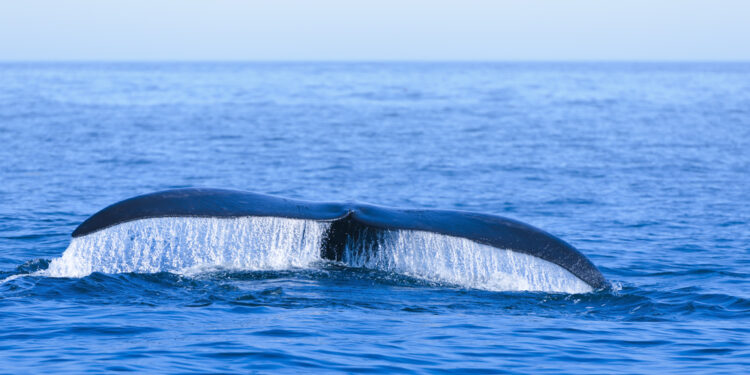 The program’s Southern California region extends from Point Arguello (in Santa Barbara County) to waters near Dana Point (by the Ports of Los Angeles and Long Beach). Shipping companies receive awards based on the percent of distance traveled by their vessels through the Vessel Speed Reduction (VSR) zones at 10 knots or less and with an average speed of 12 knots or less.

The 10-knot target complements the National Oceanic and Atmospheric Administration’s (NOAA) and U.S. Coast Guard’s requests for all vessels (300 gross tons or larger) to reduce speeds during the months of peak endangered blue, humpback, and fin whale abundance to protect these whales from ship strikes. The voluntary incentive program ran May 15, 2021 through November 15, 2021.

Ship strikes are a major threat to whales globally and to the recovery of endangered blue, fin, and humpback whales in California waters. Reducing the risk of ship strikes is a major priority of NOAA’s, including NOAA’s West Coast national marine sanctuaries.

According to Blue Whales and Blue Skies, three award tiers recognize participating companies based on the percent of distance their fleet traveled through the VSR zones at speeds of 10 knots or less. The three award tiers are Sapphire (85-100% of fleet total distance in VSR zones traveled at 10 knots or less), Gold (60-84%), and Blue Sky (35-59%).

For the fourth year in a row, Mediterranean Shipping Company (MSC) achieved the Sapphire tier in the large fleet category and demonstrated that planning enables ships to reduce speeds in VSR zones without disrupting operations. In 2021, MSC traveled more than 23,000 nautical miles at 10 knots or less.

Swire Shipping achieved the Sapphire tier in the small fleet category with 1,500 nautical miles at 10 knots or less.

The VSR incentive program has expanded in scope and environmental benefits each year, including 2021, which marked the seventh year. Highlights of the 2021 program include: