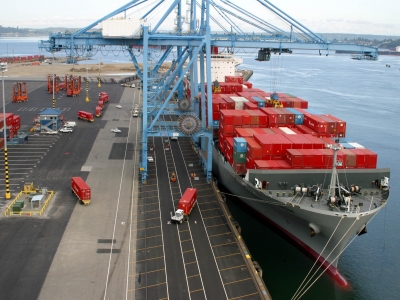 Several Members of the European Parliament are considering to table a compromise amendment on the draft ship recycling Regulation in order to establish a funding mechanism that would ensure the conscious recycling of ships.

The fund would be financed through a tonnage-based levy, which port authorities should charge on all ships calling at EU ports, irrespective of their flag. The ship recycling levy would lead to an unwanted increase in port dues in EU ports of 25% on average. In some ports the amendment would even lead to a doubling of the level of dues.

The initial proposal of rapporteur Carl Schlyter (Greens EFA / Sweden – photo) introduced a levy of 0.03 Euro per gross tonne (GT). An impact assessment of the proposal took into account ESPO’s findings that port dues would significantly increase, but came to the remarkable conclusion that there would be no risk of traffic evasion, since port dues only constitute a minor part of the total cost of a ship’s voyage. The impact assessment even recommended to increase the levy to 0.05 Euro, which the compromise amendment now indeed proposes.

“We urge MEPs to reconsider this ill-conceived proposal”, said ESPO Secretary General Patrick Verhoeven, “The risk of traffic evasion to non-EU ports is very real, especially in the Mediterranean, the Black Sea and the Baltic Sea. The proposal may also influence calling patterns and is set to provoke a further modal shift to less energy-efficient modes of transport. Whilst we are all working very hard to improve the competitiveness of EU ports and shipping, this measure will significantly raise the cost of calling at EU ports. Furthermore, it will turn port authorities into tax collectors and thus cause significant extra administrative and technical burden for our members. Members of Parliament should understand that these unwanted consequences for the maritime sector clearly outweigh the benefits they may bring for conscious recycling of ships.”

The Rapporteur and the Shadow Rapporteurs of the different political groups are expected to decide on the compromise amendment in the next few days. The amendment will then be voted in the Committee on Environment, Public Health and Food Safety Committee on 26 March.

The Commission’s proposal for a Regulation on ship recycling, on which the amendment is based, was issued a year ago. It proposes a system of survey, certification and authorisation for large commercial seagoing vessels that fly the flag of an EU Member State, covering their whole life cycle from construction to operation and recycling. The new system builds upon the Hong Kong Convention for the safe and environmentally sound recycling of ships, which IMO adopted in 2009. The proposal aims to implement the Convention quickly, without waiting for its ratification and entry into force, a process which can still take several years. To speed up the formal entry into force of the Hong Kong Convention, the Commission also presented a draft decision requiring Member States to ratify it.