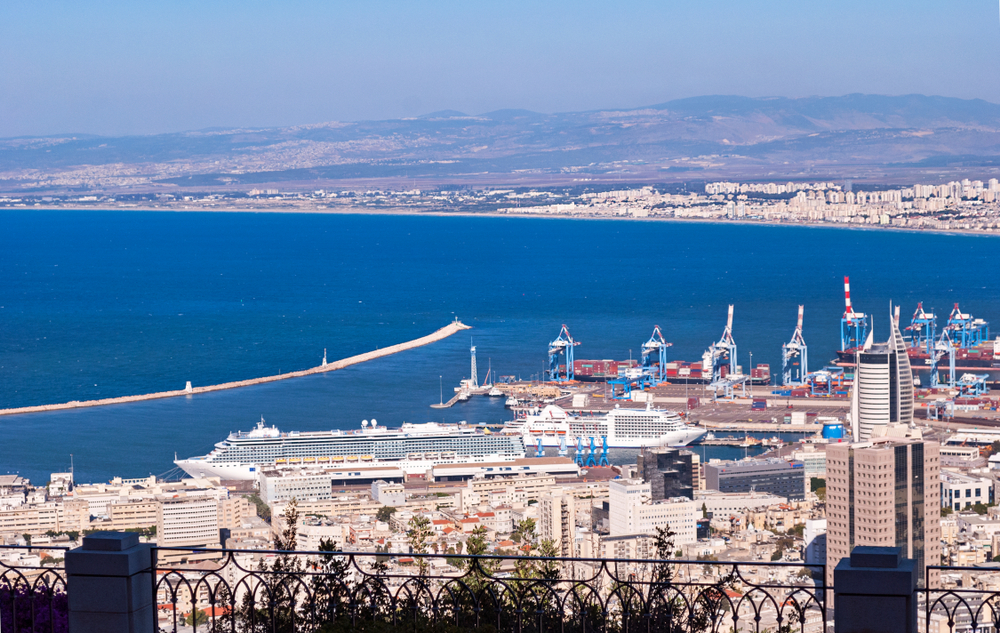 A new study on emissions in Israeli ports found that the air pollution created by ships at Haifa and Ashdod ports are extremely high and similar in scope to a large power plant running exclusively on diesel fuel oil. Most of these emissions are emitted during the hoteling stage of the vessel, further to additional high emissions emitted during vessels' maneuvering and stand by activities within short distances from the port's land (0.5-5 km).

The study was conducted by AVIV AMCG and financed by the Israeli Ministry of Environmental Protection, as part of 2016 call for research on the environmental pollution at different mediums in the Haifa bay area.

Accordingly, in 2018, these levels of pollution include at Haifa and Ashdod ports respectively:

The study that tackling the air pollution from the marine sector will be very difficult, due to many reasons, including:

Trade-wise, Israel is a relatively small country and therefore maybe limited in its ability to to impose drastic restrictions (by its own) that bigger players can, such as China and various states in the US and the EU.

However, is is concluded that even after the expected future extensions of marine activities at each port, it is possible to implement a combination of steps as part of a long term and gradual mitigation plan that will enable to achieve by 2030 a significant pollution reduction of NOx.

Such a plan can achieve reduction of 50%-70% in NOx emissions at both Haifa and Ashdod ports. 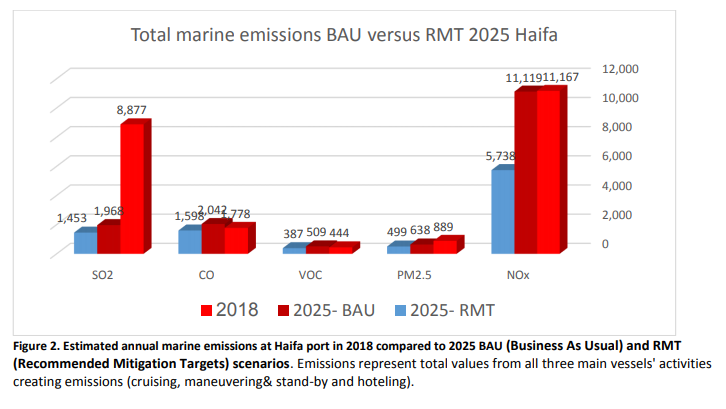 Taking into consideration the results of the study, the authors recommend that a framework requires to be translated into a detailed mitigation plan for an 11-year period starting as soon as possible and achieving first targets by 2025. The different components that can be included in the mitigation plan, require further technical, economic and legal analysis. Recommended steps include: 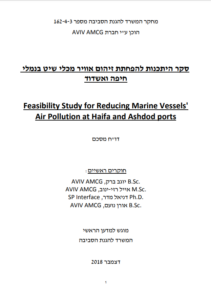