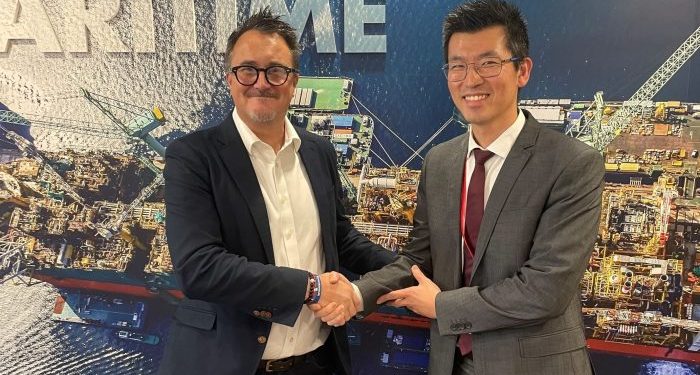 Shell signed an agreement with Alfa Laval regarding the development of a new Gas Combustion Unit (GCU) for use on liquid hydrogen carriers.

Under the agreement, Alfa Laval will develop a system to safely combust hydrogen boil-off gas (BOG) from a vessel’s storage tank, as part of a new liquid hydrogen carrier.

Because the venting of cargo is restricted, a GCU offers a means of controlling tank pressure/temperature when the BOG poses safety risks beyond the tank’s design conditions.

By enabling safe ocean transport of liquid hydrogen, we can help speed up the global transition to clean energy and Shell’s target to become a net-zero emissions energy business by 2050

The design of the new GCU system for hydrogen will be based on the existing Alfa Laval GCU for LNG. More than 200 of these units have been installed in just over a decade, and an additional 100 units have been ordered during 2022. The challenges in hydrogen combustion, however, are significantly greater than those involved with LNG.

With its boiling point of -253°C, hydrogen is expected to have a higher boil-off rate than methane, which will make having a GCU or similar means of BOG handling crucial on hydrogen carriers

Alfa Laval will design and engineer the new GCU for hydrogen with the aim of receiving an approval in principle (AIP) from an IACS classification society. Once the AIP is achieved, a GCU prototype will be built for testing and type approval.