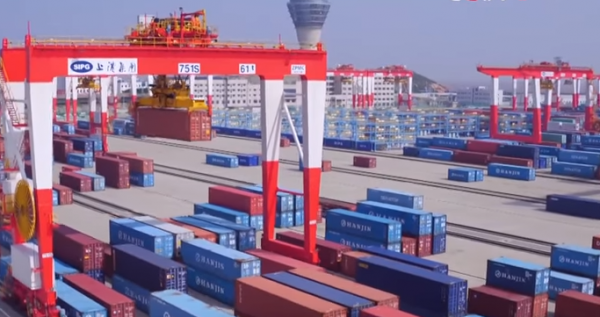 The largest automated terminal, Shanghai Yangshan Port, started operations, under the fourth phase of the Yangshan deep-water port. The fourth phase will take up an area of 2,23 million square metres.

To achieve the technology needed for the new automated terminal, an R&D team was created three years ago, which managed to set out 12 standards, which are thought to be the Chinese automation port standards in the future.

The automatic port intellectual production management control system is the brain of the terminal and it was developed by the R&D team working in the port.

This system enables port machinery to conduct loading and unloading operations simultaneously, according to local media.

As explained, the robotic system collects and sorts out all the information and inputs them into a computer, where they are turned into operation instructions and sent to the operational equipment.

Shanghai Yangshan Port will also have a better environmental footprint, as the technology that it will incorporate aims to reduce energy consumption by 70%, while, in the same time, minimising emissions to zero.

The robotic technology for the project was developed within China.