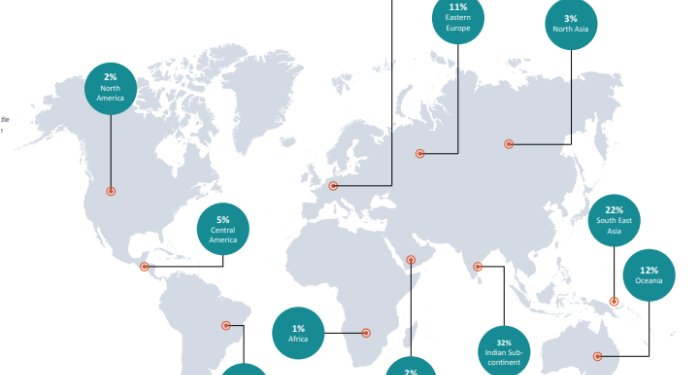 Mission to Seafarer published its latest Seafarers Happiness Index for 2020 reporting seafarers’ experience between July to August 2020, highlighting that happiness increased in the third quarter, but seafarers’ hope for repatriation has been lost.

The Seafarers Happiness Index during Q1 reported a decrease in crews’ happinness, while Q2 revealed an additional drop of happiness, as the COVID-19 pandemic continued.

Now, the latest Index, in association with the Shipowners’ Club and Wallem Group, analyses the experiences of seafarers across the global maritime industry between July and September 2020, at the height of the COVID-19 pandemic.

The resume is that this period saw some welcome action to address the dire situation facing the world’s seafarers in the midst of COVID-19, including the ongoing crew change crisis, but still fell short of the comprehensive response that is needed from the international shipping community in the face of the second wave of the pandemic.

The key highlights of the report are:

The average Seafarers Happiness Index for this three-month period shows an increase in happiness levels from 6.18 to 6.35, compared to the previous quarter.

It is added that early responses were more positive, boosted by increased hopes about the re-opening of national borders and a solution to the crew change crisis.

Although with increased work came tiredness, stress and fatigue, seafarers reported the need to find as much solace in their work as possible, using it as a means of blocking out their concerns about crew changes.

An unexpected turn was the increase of interaction between the crew onboard. According to the report, although the messages weren’t clear, there were comments that revealed a growing sense of unity onboard as seafarers struggle through extended contracts together.

There can be no ignoring the problems of shore leave during a pandemic, and many seafarers also used this question to comment on the lack of opportunity to leave the vessel and return home.

The report comments that

It is therefore unsurprising that the data, which has long been heading downwards, took another fall.

Overall, the conclusion sums to this: The rise in Happiness levels was driven by a significant positive upturn in the early part of the Quarter, which then dropped away in the latter months.

As the Quarter continued, there was very much a sense that the second wave of COVID-19 was dashing the hopes of many to get home, or indeed back to work. As might be expected, this was marked by a drop in the happiness levels expressed.

For the latest survey, Andrew Wright, Secretary General of The Mission to Seafarers, commented that

Once again, the Seafarers Happiness Index has revealed the immense human cost of the COVID-19 pandemic among the men and women who serve at sea and upon whom we all depend.

To learn more about the report, you may click on the image herebelow