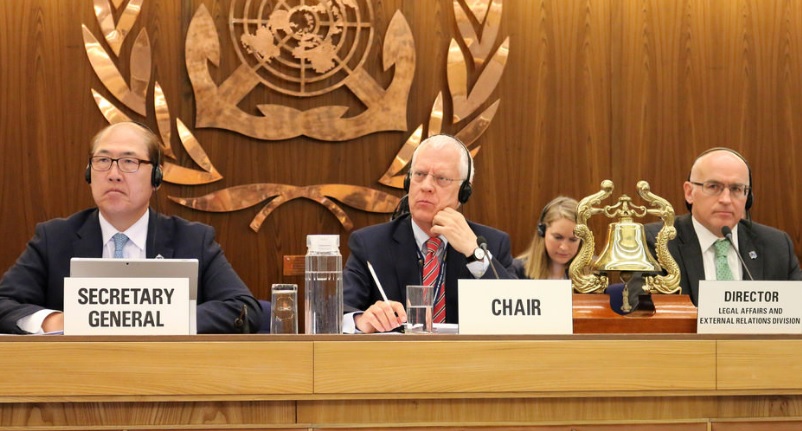 Seafarers abandonment at the centre of IMO Legal Committee

​The increase in the number of reported cases of abandonment of seafarers is being highlighted at the 105th session of IMO's Legal Committee, currently underway, from 23 to 25 April. A joint International Labour Organization (ILO)/IMO database recorded 55 such cases during 2017, against an average 19 annually during the preceding three years.

Seafarers may be left without proper supply of food and fresh water, without wages and resources for their families and with no prospect of being repatriated. Amendments to the ILO Maritime Labour Convention (MLC 2006) requires shipowners to have compulsory insurance to cover abandonment of seafarers, as well as claims for death or long-term disability of seafarers. These amendments were based on guidelines which were developed by a joint IMO/ILO working group, which reported to both IMO's Legal Committee and ILO's governing bodies.

The Legal Committee will also consider the fair treatment of seafarers in the event of a maritime incident. IMO has issued guidelines on fair treatment, but, in some cases, seafarers have been detained or imprisoned, facing criminal charges without legal assistance or other support.

Other important matters on the Legal Committee agenda include the implementation of the treaty covering liability and compensation for hazardous and noxious substances (2010 HNS Convention). Two new agenda items will be proposed for inclusion for debate at future sessions: the problem of fraudulent registration of ships; and a proposal to carry out a gap analysis of existing liability and compensation treaties and a scoping exercise in relation to maritime autonomous surface ships. The latter would complement work to be carried out by the Maritime Safety Committee (MSC) on autonomous vessels.