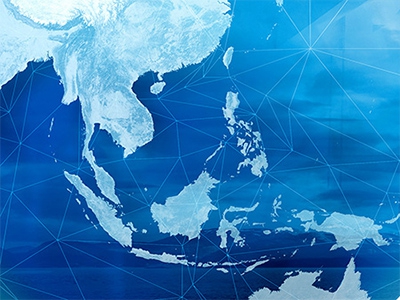 In its fifth State of Maritime Piracy Report, Oceans Beyond Piracy (OBP) analyzes the impacts of this crime during 2014 in the Western Indian Ocean, the Gulf of Guinea and, for the first time, in Southeast Asia.

The Report will be officially launched at the Army and Navy Club (the Rag), 36 Pall Mall, London, SW1Y 5JN, on Wednesday, 10 June at 13:00, where a panel of experts will address key issues and answer questions. The panel will be moderated by Admiral Sir James Burnell-Nugent, OBP Senior Fellow, with an overview of the report by Matt Walje from OBP.

OBPs analysis of pirate attacks in Southeast Asia documents a clear and reemerging threat to seafarers. The study found that more than 90% of the reported attacks resulted in pirates successfully boarding target vessels, and 800 seafarers were involved in incidents in South East Asia where violence or the threat of violence was specifically documented.

In the Gulf of Guinea, the number of reported attacks remained within historic patterns. However, the region faces a variety of challenges related to chronic under-reporting of incidents and an absence of prosecutions. We have observed that up to 70% of piracy-related incidents in the Gulf of Guinea are never reported, so we currently lack a complete understanding of the problem, says Pottengal Mukundan, Director of the International Maritime Bureau. This also makes it difficult to assess the extent of the threats seafarers face in this region.

In the Western Indian Ocean, OBP found that while naval mandates, recommended industry self-protection practices and the size of the High Risk Area remain unchanged, the observed commitment of naval assets and use of vessel protection measures such as increased speed and rerouting by merchant vessels continued to decrease, resulting in the total economic costdropping by 28% in 2014. Alarmingly, the perceived reduction in the piracy threat has also resulted in more foreign fishing vessels returning to areas close to the coast of Somalia. Alan Cole, Head of UNODCs Global Maritime Crime Programme notes, These provocations are similar to those that triggered piracy off the coast of Somalia in the first place. We are already seeing an upturn in regional piracy incidents since the beginning of the year.

Finally, the report recognizes that seafarers across the globe are the primary victims of piracy and armed robbery at sea. A chilling example of this are the twenty-six high-risk hostages from the Naham 3 who remain in pirate captivity in Somalia today, more than three years after the initial hijacking of their ship. According to Admiral Sir James Burnell-Nugent, The evidence shows that piracy continues to be a world-wide threat to seafarers. There are specific contexts that distinguish each region, but there is a common lesson in the need to address piracy through cooperation, vigilance, and sustained effort by all actors across the maritime sector.