CE Deflt launched its study about open-loop scrubbers, addressing the issue of their impact within port areas, stating that they have a small impact on water quality, in comparison to future EU standards for priority substances in the water.

In light of the increased concerns around the risks arising from washwater discharges, the report focuses on the long-term impacts of EGCS discharges on concentrations of eleven metals and sixteen Polycyclic Aromatic Hydrocarbons (PAHs) in the water and the sediment.

Accordingly, the study revealed that the rise in concentrations caused by continuous discharge of a relatively high amount of EGCS washwater is less than 0.1% of the limit value.

Yet, ports having low hydrodynamic exchange, and especially for a few Polycyclic Aromatic Hydrocarbons, the increase in concentration can increase to 0.6% of the limit value.

To conduct the study, CE Delft implemented a number of specific steps and procedures, consisting of two main areas; first, the calculation of predicted equilibrium water and five year sediment concentrations; second, the evaluation of these concentrations against water and sediment environmental standards and other contributors. 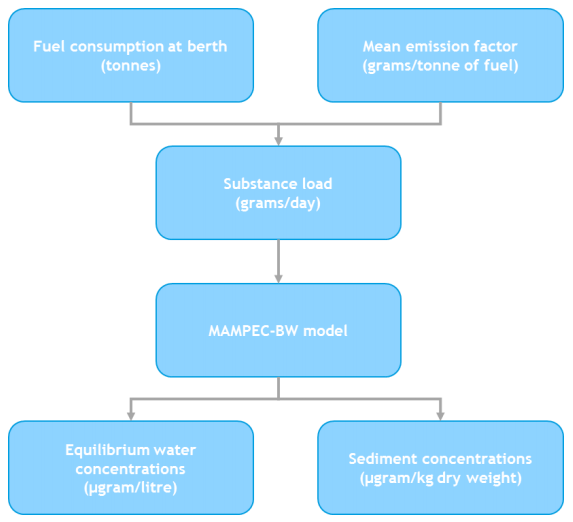 Methodology for calculation of predicted concentrations

The study resulted to the fact that equilibrium concentrations of metals and PAHs in the water and the five-year sediment concentrations depend predominantly on the hydrodynamic exchange of the port water with the surrounding waters.

Moreover, comparing the modelled equilibrium concentrations of metals and PAHs in the water with the European standards, which will come into force by 2021, the rise in concentrations is less than 0.1% of the limit value.

In addition, the study reveals that assuming a zero concentration, by the substances discharged by open loop scrubbers in ports, for the Standard OECD-EU Commercial Harbour the increase in sediment concentrations of metals and PAHs after five years is less than 0.3% of the referenced standards for dredged materials. However, in ports with low hydrodynamic exchange, the increase can be higher.

Overall, the Clean Shipping Alliance (CSA) 2020 welcomed the study’s  results, back in June 2019, commenting that the findings are very promising and suggest that the vessels equipped with open – loop scrubbers will have a serious impact on the quality of harbor waters. 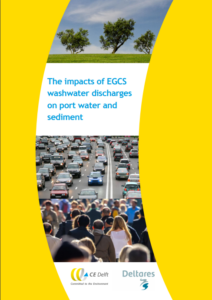