by Peter Smith
in Emissions, Opinions 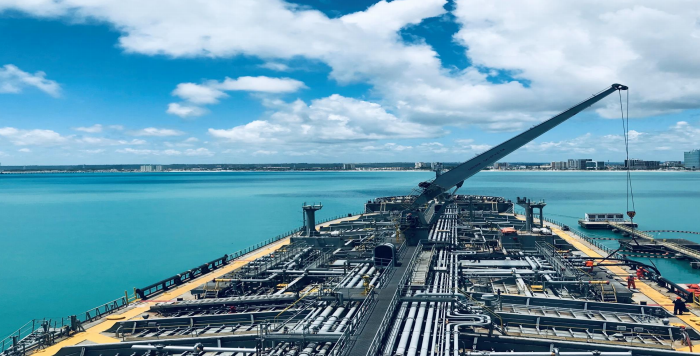 Standard Club’s Peter Smith provides his perspectives on the use of scrubbers in the long term, noting that issues with scrubber installation, operation and maintenance could create expensive disputes for shipowners.

There are two main ways that shipowners can comply with the new sulphur cap.  They can either burn compliant low sulphur fuel, or they can purchase and install scrubbers on their ships.  The anticipated benefit of installing scrubbers was, and for some it still is, that after the initial purchase and installation costs, owners could take advantage of the relatively low cost of high sulphur fuel.  It was thought by some that this would be the more cost-effective option in the long run.

The most commonly used type of scrubbers in shipping are wet scrubbers.  Wet scrubbers work by using alkaline water to remove sulphur from the ship’s exhaust gas.  Wet scrubbers can use either an open loop system (where seawater is used and then discharged back into the sea) or a closed loop system (where water is circulated through a closed system, and the waste is collected in a separate tank).  Some ships may also have hybrid systems installed, but these are more complex and expensive.

Issues with scrubber installation, operation and maintenance could create expensive disputes for shipowners.  For example, if a scrubber does not operate correctly while the ship is in a port, and the ship burns high sulphur fuel without filtering the sulphur out, then the owner could face costly fines for breaching sulphur regulations.  There are also certain ports that prohibit the use of scrubbers, and those which allow scrubbers may impose strict requirements for the treatment and discharge of scrubber wash water.  If shipowners do not meet these requirements then fines from local authorities are likely to follow.

There are also potential charterparty disputes which could arise in relation to scrubber installation and use.  For example, who would be responsible if the scrubber breaks down during the voyage?  Who is responsible for ensuring that there is a sufficient reserve of compliant fuel on board the ship in case of a scrubber breakdown?  Who is responsible for the cost and time involved in dealing with the disposal of scrubber residues?  And, who would be responsible in the event that the scrubber negatively impacts the ship’s speed and/or performance?  The Standard Club has published guidance on possible charterparty issues relating to scrubbers, and recommends that separate contractual arrangements are made for the use and operation of a scrubber in a charterparty context.

With these concerns in mind, the Standard Club expected to see a substantial increase in scrubber related P&I and FDD claims in the first half of 2020.  In preparation, the Club formed a dedicated IMO 2020 team and has published articles and guidance on the issue.  However, at the time of writing the number of scrubber related claims has been markedly less than expected.

It could be that less ships have been installed with scrubbers than originally planned due to disruptions caused by Covid 19 restrictions at shipyards.  It is possible that because of these delays the price difference between low sulphur and high sulphur fuels is narrowing, which means that there is now less incentive for shipowners to pay to have scrubbers installed.  Given the amount of industry guidance published in the lead up to 2020, it could also be the case that the Standard Club’s members have been well prepared for the new sulphur cap, and that they have been able to avoid and mitigate any scrubber related claims.  At this stage one can only speculate as to the reasons behind this and hope that the trend continues.