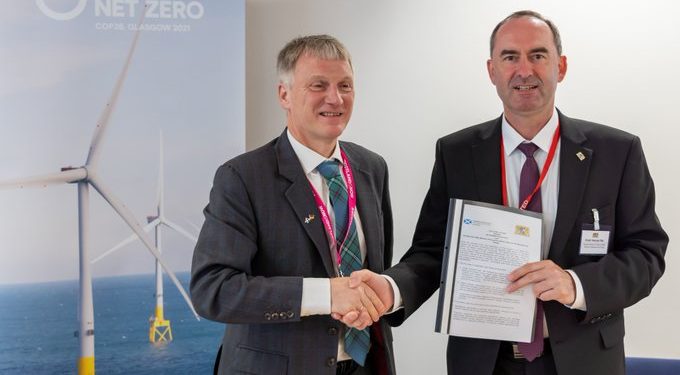 The German state of Bavaria and Scotland have signed an agreement in order to jointly develop green hydrogen. The letter of intent expands cooperation on business and science.

The agreement sees Bavaria as an importer of green hydrogen from Scotland. In return, Bavaria plans to supply Scotland with necessary technology. The states will plan suitable hydrogen logistics routes, including the appropriate infrastructure, certification, identification and support of joint demonstration projects.

Scotland is a politically stable European partner with a potential of 25 percent of European wind energy generation at sea. This can be used to produce large quantities of hydrogen

The government coalition has also established the increase of a German and European hydrogen economy a central pillar of its energy policy. It now aims to speed up the buildout even more in order to help the country become less dependent on Russian fossil fuel imports.

The agreement between Bavaria and Scotland follows a deal signed in May between Germany and India that similarly promotes cooperation on green hydrogen development.