SkyTruth, environmental monitoring organization that watches for illegal activity using satellite data, spotted a slick near the Northern tip of Indonesia's Bangka Belitung Islands. The slick was captured by radar satellite, Sentinel-1, on the evening of January 8, 2019.

Specifically, SkyTruth stated that the slick stretches were at least 117 kilometres.

To the right, the slick trails beyond the edge of available imagery. Though they weren't able to see the responsible vessel on this image, the sharp linear impression of the slick indicates that it probably passed through the area within 24 hours of the scene’s capture. 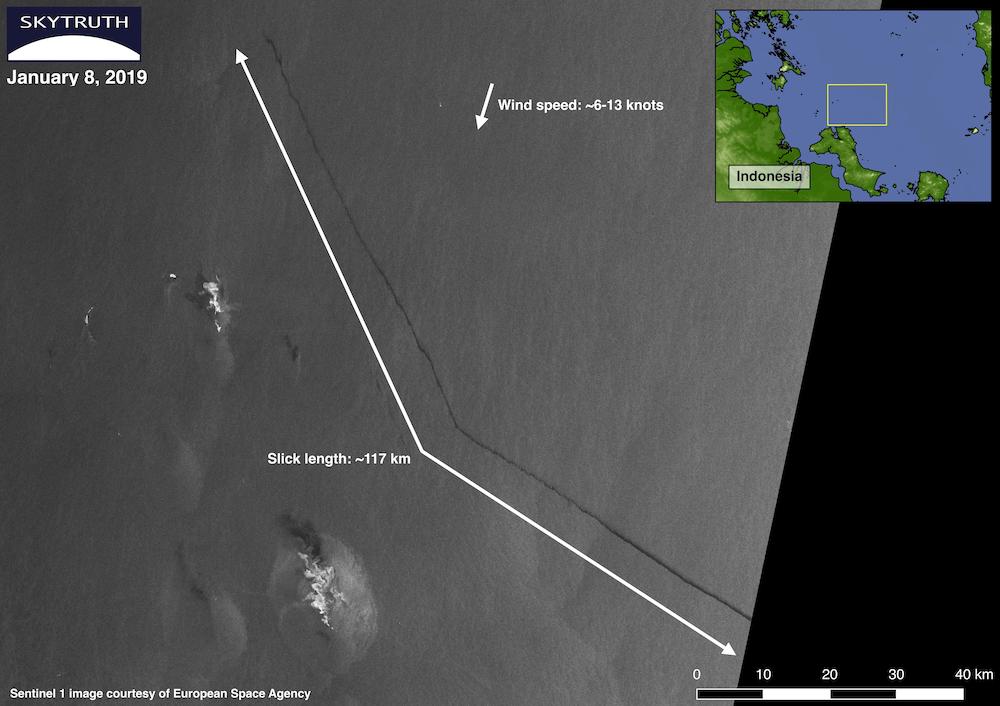 As there was a feeling of uncertainty, SkyTruth analyst Bjorn Bergman verified this presumption.

To look for common features in timing and trajectory, Bergman used ExactEarth’s ShipView, a web-based platform that provides access to automatic identification system broadcasts, and identified the Indonesian crude oil tanker GAMSUNORO as a possible source. 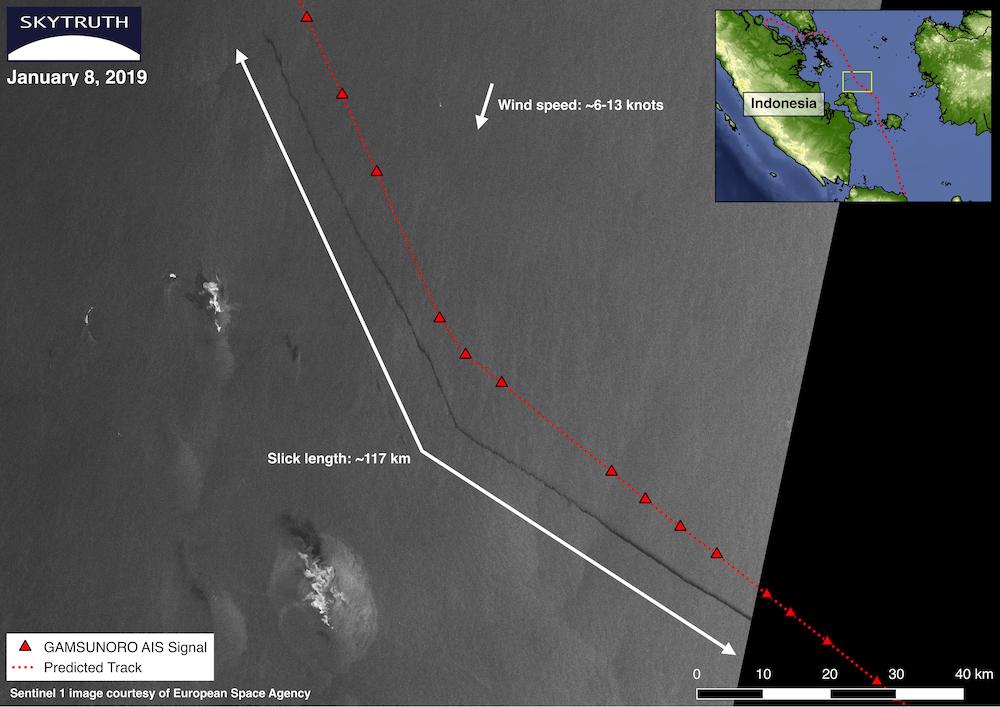 In the meantime, the above image juxtaposes the slick and the vessel's AIS signal. The vessels was travelling southeast, and her first signal was recorder at 12:59 GMT.

At about 14:00 GMT, the vessel encountered the area with the slick. SkyTruth states that the tanker’s predicted track occurred approximately 8 ½ hours before the scene was captured.

It is possible that the slick may have drifted due to steady winds blowing from the NE (~6-13 knots) at least seven hours prior to the image’s capture.

There appears to be a strong correlation in the temporal and spatial attributes of slick and ship, indicating that the GAMSUNORO is a likely source. To corroborate our findings, we followed the ship as it sailed southbound.

To be sure of their results, SkyTruth followed the vessel.

Initially they though the vessel would voyage towards Jakarta; Yet, according to her latest position, she is anchored about 6 miles offshore near the town of Indramayu.  Concluding, the organization states that with an updated info of the vessel's track, they might be able to find evidence that she called the slick.