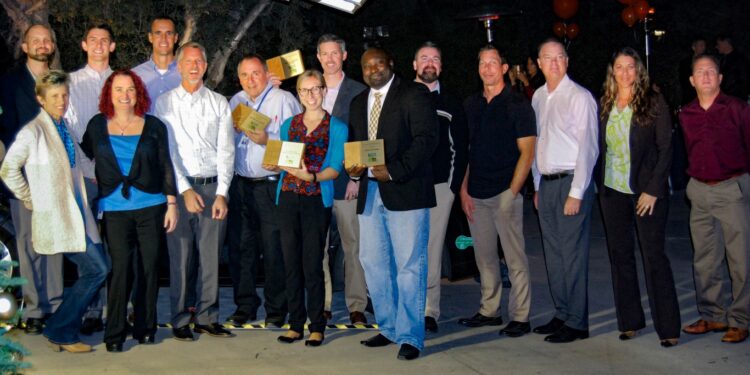 The Port of San Diego was awarded a Green Fleet Leadership Award, for its dedication to exploring options for alternative fuels and reducing petroleum use and emissions in the San Diego region.

The Port received the Green Fleet Leadership Award at an awards ceremony on December 12, 2017 in San Diego and was presented by the San Diego Regional Clean Cities Coalition. The Port was placed in the Green Fleet Ally category.

“We are delighted to be recognized as an environmental champion within the San Diego region by the Clean Cities Coalition. At the Port we take our role as protector of the San Diego Bay very seriously and work hard to find innovative ways to reduce our fleet’s environmental impact on the waterfront and the surrounding communities,” Port Chairman Robert “Dukie” Valderrama stated.

The Port of San Diego used alternative fuels into its own fleet and it has also cooperated with its Working Waterfront tenants to explore opportunities for zero-emission heavy-duty vehicles and cargo handling equipment.

In 2016, the Port received a $6 million grant from the California Energy Commission, to prove that new technologies, like all-electric lifts and drayage trucks, can be operated successfully in maritime. These vehicles and pieces of equipment, are expected to arrive in Sn Diego in 2018.

This research provided annual data to monitor emissions reduction. Moreover, through its shore power program, GHG from cruise and refrigerated cargo ships, were successfully minimized by 2,300 metric tons of GHG every year.

“Since the adoption of the Climate Action Plan in 2013, the Port’s own fleet emissions have been reduced by 3 percent,” the Port of San Diego concluded.